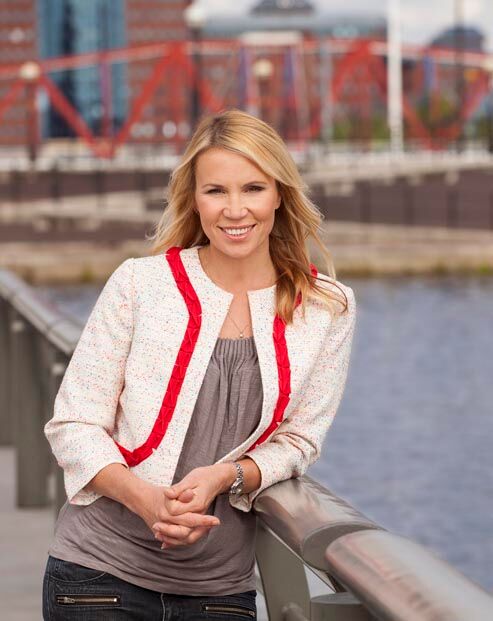 A garden specially designed in memory of BBC North West Tonight weather presenter Dianne Oxberry is to be built at the RHS Flower Show Tatton Park this summer.

The garden’s theme is to be sunshine and sunny days in memory of Dianne whose warmth and sunny disposition lit up so many lives. Dianne died from ovarian cancer earlier this year.

The garden will then go on to be donated to a cancer charity as part of a BBC North West Tonight competition.

Cancer charities across the North West helping people living with cancer or those affected by cancer, particularly hospices or bereavement charities, are being invited to apply to win the garden once the flower show comes to a close.

The chosen charity will also be given the chance to help build the NWT Sunshine Garden at the RHS Flower Show Tatton Park this July, working alongside garden designer Lee, who is from Lathom near Ormskirk.

Ian Hindle, Dianne Oxberry’s husband, said: “Creating the sunshine garden in honour of Dianne is absolutely fantastic because that’s who she was on the telly and also at home, she was always bright and cheerful and even when she had to deliver the worst weather bulletins, she still did it with a smile on her face.

“The outdoors is where Dianne really thrived, she enjoyed going for walks with the dogs, or riding a horse or just going out with the family. The sunshine garden is a fantastic tribute to her and will hopefully brighten up the lives of everybody but especially those who might be suffering from cancer.”

To enter applicants should send an email to nwtgarden@bbc.co.uk to provide more information about their organisation and how the NWT garden will benefit people affected by cancer. For more information and full terms and conditions go to www.bbc.co.uk/nwt

A judging panel comprised of RHS and BBC personnel will decide on the winner and an announcement will be made at 18:30 on Friday 14 June during BBC North West Tonight.