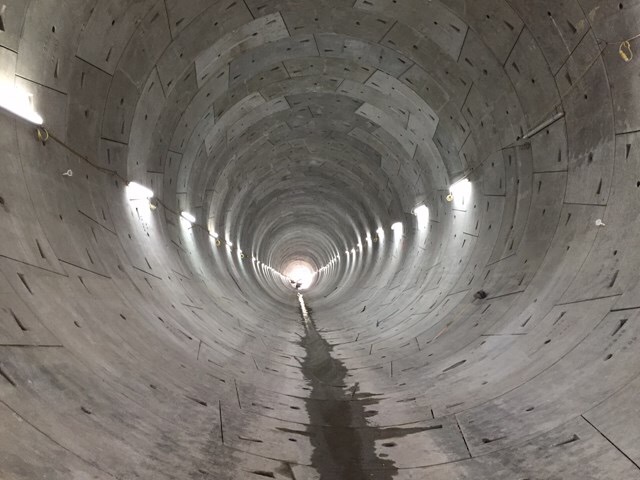 Network Rail has announced that services on the route between Manchester and Bolton will return to a full timetable from Monday 14 December.
As part of Network Rail’s Railway Upgrade Plan, Farnworth Tunnel, near Bolton, is being enlarged to house two electrified lines. Following the breakthrough on 25 October, Network Rail has continued to work with train operators to reinstate normal passenger services as soon as possible.
A weekend closure of the route – on Saturday 12 and Sunday 13 December – will see the new tracks brought in to use through the new tunnel. There will initially be a speed restriction on this new section of railway, which will be removed after some further work in the New Year. This will require an additional closure of the railway in January. Full details will be confirmed as soon as possible.
Nick Spall, route delivery director at Network Rail, said: “Farnworth Tunnel is an extremely complex engineering challenge being delivered as part of our Railway Upgrade Plan. Breaking through to complete the tunnel was a key milestone for the project. There is more work to do before we can bring this new section of railway into use. This will require a short closure of the railway.
“We have worked closely with Northern Rail and First TransPennine Express to plan the work to cause the least amount of disruption to passengers. I would like to thank passengers and local residents for their patience so far.”
Over 30,000 tonnes of material have been removed from the 270m-long tunnel, with 1,940 concrete sections put in place.

Nick Donovan, managing director, First TransPennine Express, said: “The project at Farnworth Tunnel is essential to enabling the electrification and longer term improvement to capacity over the route. It is good to see that the important milestone of completing tunnelling work has been achieved. I would like to thank customers for their continued patience over the next few months when there will be further periods of disruption while this project is completed.”