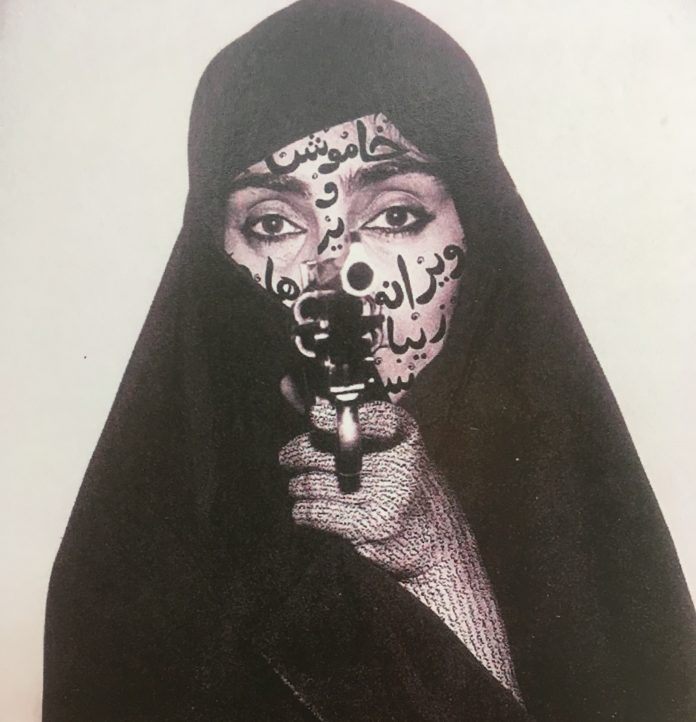 Works by some of the most influential female artists of the last half a century, drawn from the collection of influential collector Patrizia Sandretto Re Rebaudengo, forms the heart of HERSTORY, a remarkable exhibition that tracks social progress and stasis in gender equality, the radical recent history of Rochdale Art Gallery itself and the confrontational ideas in carefully selected works by artists including Gillian Wearing, Barbara Kruger and Sam Taylor-Johnson.

From Turin to Rochdale, nearly half a century of work by game-changing, female artists drawn from the collection of world-renowned collector and philanthropist, Patrizia Sandretto Re Rebaudengo will form the enquiring heart of HERSTORY:

Women Artists from the Collection of Patrizia Sandretto Re Rebaudengo, a timely and ideologically-charged exhibition opening at Touchstones Rochdale, Greater Manchester, between Sat 28 Jul – Sat 29 Sep 2018.

Displaying many, era-defining works by artists including Gillian Wearing, Sarah Lucas and Sam Taylor-Johnson in sight of artefacts from the gallery’s social history collection, powerful pairings connect the ideas woven through each artwork with poignant echoes of gender inequality, objectification of the female body, inspirational challenges to patriarchal norms and Rochdale’s own radical, feminist past.

Gaining prominence in the male-dominated environment of art collecting and patronage, Italian collector, Patrizia Sandretto Re Rebaudengo’s vision for the development of the contemporary visual arts is internationally recognised, with over 1,500 contemporary works of art and 3,000 historic photographs collected during a journey that began in 1992 and has resulted in the opening of two, international foundations.

Furthering artistic education and developing commissioning and exhibition opportunities for emerging artists in each country, the Fondazione Sandretto Re Rebaudengo was founded in Patrizia’s home city of Turin in 1995, which will be followed by the opening of Fundación Sandretto Re Rebaudengo in Madrid in 2019. In loaning work to Rochdale, her desire to ensure her work is widely seen, continues to communicate to the broadest range of audiences and can influence social change is now to be felt in the former industrial heartlands of North West England.

Each complimentary item drawn from Touchstones Rochdale’s own, rich art and social history collection brings the themes contained within the selected works vividly to life, treading between the pasts disturbing truths, injustices, outdated societal concepts and commemorates the lives of inspirational women.

Uniting Rochdale’s past with Patrizia’s distinguished collection, loaned works by Cindy Sherman (four, untitled film stills spanning 1978 – 1980) and Barbara Kruger bring home two, major names in contemporary art that featured in Rochdale Art Gallery’s programme during its thrilling, radical, minority-representative heyday of the 1980s. Kruger’s piece, Untitled (Not Ugly Enough) (1997) is to be paired with an archive photograph of work the artist originally displayed on advertising billboards in Rochdale almost 40 years ago.

Maud Sulter’s Clio (from the Zabat Series) (1989) is drawn from the gallery’s permanent collection, creating a further bridge to Rochdale’s past, as Sulter was a key member of the gallery team, alongside Turner Prize-winner, Lubaina Himid, during the 1980s, leading the charge for greater visibility for marginalised artists.

Sulter’s piece, typical of the Zabat Series in setting black artists centre stage in the poses of Greek Goddesses, is to be set alongside Lynette Yiadom-Boakye’s, Switcher (2013), a vibrant example of the artist’s evocative paintings, like Sulter unapologetically placing black women at their heart, taken from Patrizia’s collection.

Emerging in an era of political disharmony that drove a sense of fractured belonging and absent nationhood, Palestinian-born artist, Mona Hatoum’s performance art during the early to mid-1980s was influentially provocative, staging one such event in Rochdale itself.

Her work, Hair Necklace (1995), reflective of its title with gently woven perfect spheres of hair, linked to form a deceptively beautiful piece of ‘jewellery’, offers reflection on femininity, aesthetic beauty and the cultural significance of hair itself, while nearby ancient Egyptian artefacts express how the idealised, female form, even in the afterlife, was culturally prevalent millennia past.

A press advert for Brettles Stockings (a two-centuries old Derbyshire hosiery firm until its 1987 closure) picturing a woman in a highly-sexualised, reclining position in a tree finds generational contrast in the form Sarah Lucas’ Love Me (1998), responding to accepted depictions of women in the media and marketing as submissive and available.

Harsh, near unthinkable reality emerges with the installation of a late Victorian medical examination couch, likely used for obstetrics, recalling the memories of many of the women who would have laid on such a macabre piece of functional furniture.

The mixed feelings of fear, loneliness and suffering likely felt by women forced onto it’s cold surface are mirrored by Margherita Manzelli’s haunting, death-bed scene, La possibilita’ sono infinite (1996). Societal views of women, female ability and gender-biased acknowledgment of achievement are queried by Flowers (1914) by Jessica Etchells, a painting which was wrongly assumed to be by her brother Frederick until verification in the 1980s, linked with a loaned piece by American artist, Sherrie Levine’s,

After Henri Matisse (1985). An aspirational letter from a Rochdale schoolgirl in the 1920s, writing of hopes and dreams beyond the life choices expected of her, join Levine and Etchell’s works in stirring discussion on female aspiration, both then and now.

A total of 33 works from the collection of Patrizia Sandretto Re Rebaudengo make the journey to Rochdale for the exhibition, held as part of Touchstone’s progressive and challenging, two-year Contemporary Forward programme. 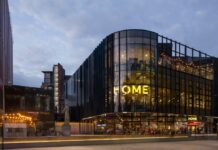 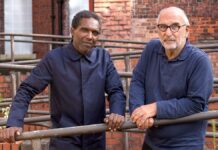