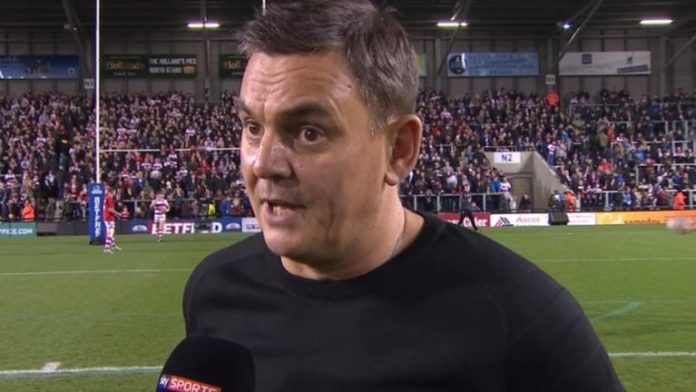 Leigh owner Derek Beaumont will quit the club following their failure to win back their place in Super League.

As the Centurions cut their losses with the sale of their best players, Beaumont says he is hoping the club can find a new buyer before the end of the season.

Relegated following defeat in the Million-Pound Game last September, Leigh began their Championship campaign as favourites for promotion but failed to recover from a disastrous start and, with just one game left of the regular season, have conceded defeat.

In a statement on the club’s website,Beaumont said

“It was with a heavy heart and tear in my eye that the realisation sunk in that we would not make the Qualifiers. I have said publicly on numerous occasions and privately to the group that my position as owner of the Club would become untenable should that happen.

The Club will receive circa £200k in 2019 from £1.25m this year and circa £1.7m in 2017 and that is a drop too far to sustain the Club in its current form. To that end I must act in the best interests of the Club’s ability to survive going forward and in the short term to fulfil this season’s fixtures and also to reduce its commitments to make it more attractive to any party that may express an interest in taking it forward.”

Meanwhile the club have confirmed  that Micky Higham has been appointed Club Captain for the rest of the 2018 season.

Higham resumes the role he fulfilled in 2017 from outgoing skipper Harrison Hansen, who has joined Widnes Vikings. Explaining the decision Leigh Centurions head coach Kieron Purtill said: “We’ve had a traumatic week and we’ve gone back to the old guard again. At times like this, you need people who are passionate about the Club and who believe in the cause. “Micky knows what this Club means to the people of…