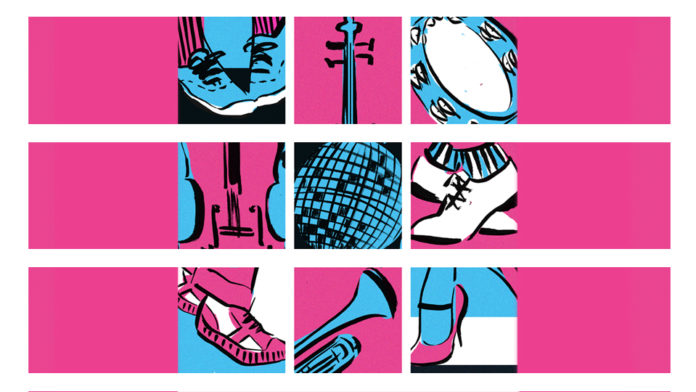 Manchester Camerata ends its Spring season with a spectacular finale celebrating dance through the ages and are joined by accordion virtuoso Martynas Levickis.

The evening takes the audience on a musical journey and illustrates the important role dance has played in people’s lives and the human psyche right through the ages.

The evening is divided into three parts beginning with two pieces by Bach, whose work was heavily influenced by the dance music of the Baroque period.

Part two focuses on the folk tradition and its importance with music from Bartok and Semyonov,  firmly rooted in the traditions of Romanian and Bulgarian folk music.

Finally there’s the chance to carry on dancing when the evening moves to the bar at HOME, picking up where Donna Summer left off – we are thrilled to have one of Manchester’s finest purveyors of disco in Matthew Rothery, one third of the new Manchester Legends, Kiss Me Again, who have been making waves across Europe with their magical sets.

Manchester Camerata is delighted to welcome international classical accordionist Martynas Levickis,.  Described by Wall Street International Magazine as a “Lithuanian accordion sensation”, at the young age of 28 Martynas is widely acknowledged as having reinvented accordion and his repertoire includes Baroque, Argentine tango and disco. He returns to Manchester where he previously performed to packed houses with Manchester Camerata at the Manchester Albert Hall and Gorilla.

UPCLOSE: EVOLUTION OF DANCE
Wednesday 29 May, 7.30 PM, HOME, MANCHESTER
Box Office: 0161 907 9000
www.manchestercamerata.co.uk
In person: The Bridgewater Hall, Lower Mosley Street, Manchester, M2 3WS
Tickets from £15 (plus concessions)*
* Prices quoted include a booking fee of £2.50 per ticket applies to telephone and online
transactions. No fee applies to tickets bought in person or purchased as part of a fixed or
flexible subscription