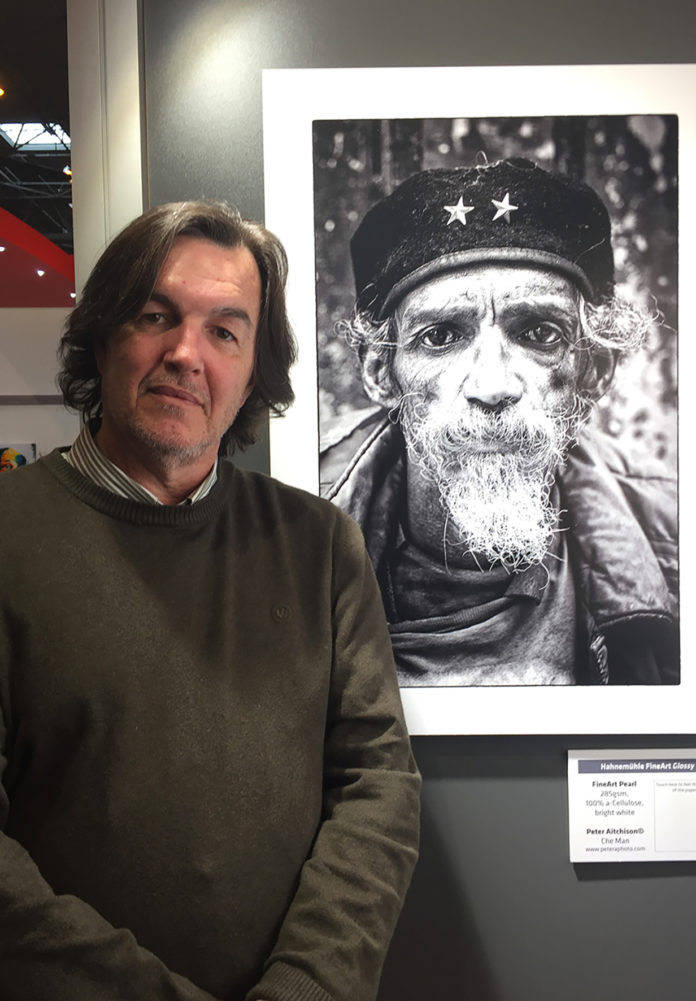 A photographer who went from rags to riches and back again before gaining international recognition has his first solo show at a Hale gallery.

Brought up in a Scottish children’s home, Peter Aitchison’s travel photography is increasingly in demand and he is represented by galleries across Europe.

But 10 years ago, the 57-year-old found himself driving a taxi to make ends meet after being declared bankrupt and having to sell all of his possessions – including his cameras.

Throughout the 90s, Peter, had lived in large amongst the capital’s A List. As official studio photographer for both The Big Breakfast and the first series of Big Brother, Peter locked eyes through his lens with stars including Will Smith, Tom Cruise, Britney Spears and Samuel L Jackson.

But after a move to Glossop in 2001, a series of misfortunes turned his life upside down. A job offer at Granada TV came to nothing after a wave of cut backs, a lump in his neck turned out to be cancer and his wife Debra was made redundant after 20 years in the same job.

Struggling with the sickness caused by the lifesaving chemotherapy, Peter worked  many hours a week behind the wheel to help make ends meet.

However, his fortunes turned again when he was hit by a van whilst driving his  Mitsubishi Delica along the A6 from Bakewell. With the £1,500 compensation he received for his severe whiplash, Peter brought a camera.

And after a stint as a wedding photographer, a trip to Amsterdam opened Peter’s eyes to the possibilities of travel photography.

“I’d never really taken pictures of what I wanted before,” he said. “My TV work was all about getting the shot that would make the papers the next day.

“I was having to think about catching celebs in unguarded moments rather than using my eye to find form and composition.

“Despite having worked over 30 years in the industry, I felt like I was discovering photography for the first time.”

In the last few years alone, Peter has clocked up thousands of miles with his camera in pursuit of pictorial perfection. Recent trips have included India, Myanmar, Cuba, America and Turkey. And recently Peter has been practicing his art closer to home, producing a series of distinctive images of Manchester.

Susan Eyres runs Gateway Gallery in Hale, and is holding a solo show of Peter’s work in May.

She said: “Peter’s portraits from the streets are bold, yet honest; proud and vulnerable.

“He isn’t interested in forcing a photograph; instead he decides where in the world he wants to explore and ‘wanders around until something catches his eye’.”