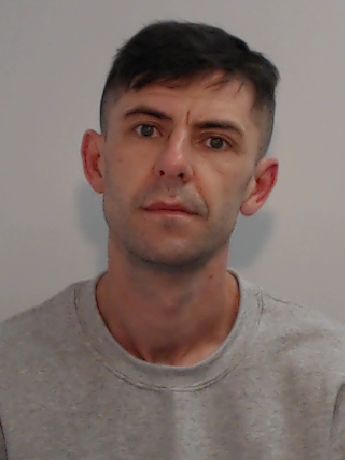 Four men have been jailed after attacking a man and his dog because he used their bin to dispose of dog waste.

John McCarthy aged 52 of Holebottom and Darren Bagnall aged 51of Hindley Close have each been jailed for two and a half years for assault.

Manchester Minshull Street Crown Court was told that back in July 2016,a 46-year-old man was walking his dog on Holebottom in Ashton-under-Lyne when he put a bag of his dog’s waste in a bin outside an address where Paul Hands was staying.

Hands, who became angry at what had happened, began to shout abuse and threatened him.The victim walked away but the next day the group of men spotted him while he was out walking his dog.

They armed themselves with a golf club, a pool cue and electrical wire and surrounded him on a footpath before attacking him, striking him on the head.

He sustained serious injuries including a fractured skull, serious bleeding to the brain and a fractured collar bone.

John McCarthy was seen swinging the victim’s dog – a cross breed – around by its lead at shoulder height before Barnfather smashed a piece of wood over its back.

The victim managed to make his way home despite his injuries before collapsing and being rushed to Salford Royal Hospital where he underwent emergency surgery.

The dog also thankfully survived the attack.In December 2017, all four were found guilty of the attack.

Detective Constable Simon Cropper from GMP’s Tameside Borough said: “This was a vicious and brutal attack over such a trivial matter.

“Paul Hands was verbally abusive towards his victim when the incident first happened then planned and carried out a brutal attack on the victim with the help of his friends.

“They left their victim with life-changing injuries and attacked his defenceless dog. They are fully deserving of their sentences.

“I hope the victim feels he has justice and I would like to commend him for his bravery.”