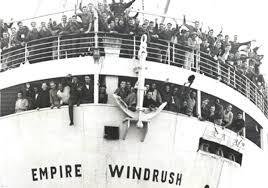 Four projects across the North West will receive a share of over £29,000 to hold a rich and wide-ranging series of events as part of a second Windrush Day this June.

The nation will pay tribute to the outstanding and ongoing contribution of the Windrush Generation and their descendants on 22 June 2020.

Building on the success of the inaugural national Windrush Day last year, 49 projects across the country will receive funding to mark Windrush Day 2020 and commemorate the seminal moment nearly 72 years ago when the Empire Windrush arrived at Tilbury Docks.

Those hosting events will work to celebrate, commemorate and educate communities on the leading role the Windrush Generation and their descendants have played in making Britain stronger, culturally richer and more inclusive.

There will be a celebratory church service, community fun day and a partnership with universities to produce a booklet capturing Windrush Generation’s heritage in Manchester

“Windrush Day provides a great opportunity for all of us to come together and remember that we are a better country for the central role British Caribbean communities have played in post-war Britain.

“British Caribbean communities have made Britain a better, more prosperous country in so many ways. From the communities they have built to the public services they have supported and led, and the arts and culture they have enriched, they have made an incredible contribution to their country.