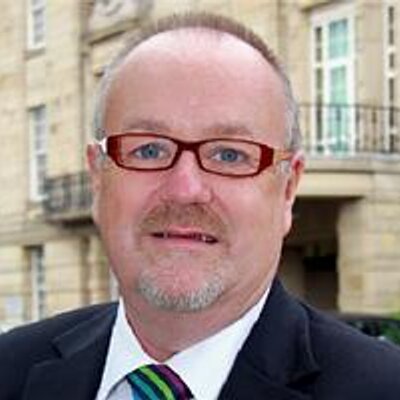 Ex-Bury Council leader Mike Connolly has been suspended by the Labour Party.

Connolly, who quit as leader last year, has been accused of not following child protection rules for political reasons ahead of the 2015 elections.

At an emergency meeting on Thursday, Bury councillors voted unanimously in favour of publishing the results of the reports and agreed to carry out a further investigation into councillors’ conduct.

The investigation will be carried out by Charles Bourne QC, who wrote the second of two reports into the safeguarding issue that culminated in the resignations of Mike Owen, the council’s chief executive, and Mark Carriline, its executive director for children, young people and culture.

The report found that both had “inexplicably” and “deliberately” delayed implementing safeguarding procedures when allegations about Simon Carter first came to light in the spring of 2015.

Carter, the former councillor for Tottington, was given a three-year community sentence after pleading guilty to making indecent images of a child back in 2015.

It was later found out that Carter had previously been employed by Oldham Council but was sacked after he was seen looking at sexual images of “pre-teens” on his computer back in 2010.

The report said that although Carter was immediately removed from the council’s list of people approved to adopt children, it found Mr Owen and Mr Carriline waited up to five weeks to carry out a string of child protection measures that should have been implemented within 48 hours of the allegations being made.

Councillor Rishi Shori, leader of Bury Council, said: “Since I became leader in 2016, I have been determined to get at the truth surrounding this matter, and to get the facts out into the open so that the public knew what had gone on and who was responsible.

“This is why I ordered an independent investigation by childcare expert Malcolm Newsam CBE, which subsequently led to the second independent review, carried out by Charles Bourne QC. Neither of their reports pull their punches, and we have now made both their reports public.

“Following these inquiries, two senior council officers have left the council and my predecessor has referred himself to the council’s standards committee. There will also be a further investigation into the role that councillors may have played in this sorry episode.

“I am determined that the mistakes of the past are not repeated and that the council gets back to providing first class services to local people and local businesses. Bury is a great place to live, work and visit and it is the job of me and my colleagues to provide the leadership that this council and this town needs to support our local economy, build new homes, invest in our schools and protect our environment.”

Cllr Shori said the council had had ongoing dialogue with the Department of Communities and Local Government, Ofsted, and the council’s external auditors KPMG throughout the investigations. Ofsted has rated Bury’s safeguarding procedures as ‘good’, and both the Newsam and Bourne reports make the same conclusion, only that certain senior managers did not follow those procedures.

Policing Lancashire Lads-sex in the second half of the 19th century′ by Jeff Evans,...

Lockdown-Government is considering easing of restrictions on people meeting outdoors