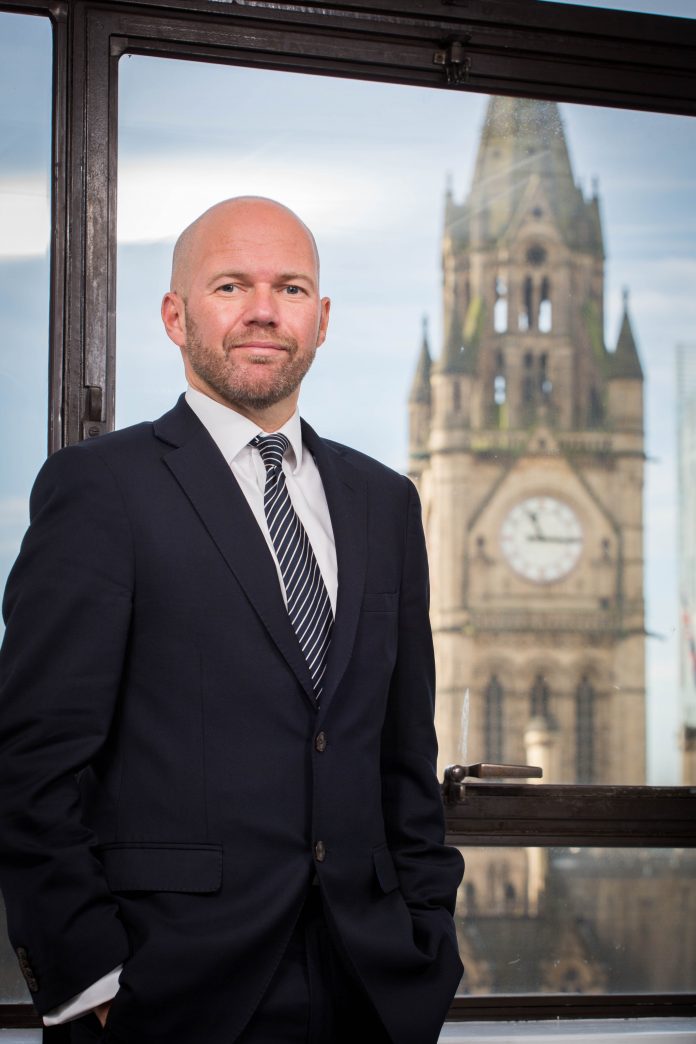 MANCHESTER’S office market remains upbeat with an improved second quarter bringing city centre take-up to 490,000 sq ft over the first half of the year, according to GVA’s latest Big Nine report.

The quarterly review of the regional office occupier market reports that Manchester has the biggest overall take-up across city centre and out-of-town locations out of the nine major cities outside of London studied in the research.
Leading real estate firm GVA reports city centre take up at 284,497 sq ft, a fraction below the five-year quarterly average, while out-of-town take up in Q2 stands at 236,365 sq ft.

Leading deals in the city include the announcement that co-working company WeWork has taken its first space outside London, committing to 55,800 sq ft at No. 1 Spinningfields and tapping into the growth of the TMT sector.

There has also been a significant inward investment deal to Swiss company Distrelec who has taken 17,000 sq ft at 2 St. Peter’s Square.

The headline out-of-town deal is Vodafone taking 33,560 sq ft at Pacific House at Atlas Business Park near the airport.
According to the report, overall take-up across all of the Big Nine cities in Q2 compared to the first quarter is 4% above the five-year average.

Chris Cheap, Regional Senior Director for GVA Manchester’s office, said: “This quarter has seen the welcome return of some larger deals to the Big Nine office markets and it is encouraging to see that Manchester is one of two cities accounting for over half of the city centre take-up.
“It is important to see inward investment transactions, such as We Work and Distrelec among Manchester’s largest deals, demonstrating the appeal of the city to international companies expanding their UK operations.”

The report highlights the competitive prime market has seen headline rents level off in Manchester, while quality refurbished space is lifting secondary rents to unprecedented levels.

Cheap added: “The decentralised market is also attracting strong levels of interest as Salford City Council enters into a joint venture with Ask Developments and Tristan Capital to develop the 190,000 sq ft Two new Bailey as well as agreeing a 25 year pre-let on 166,000 sq ft at 100 Embankment.”

Media hacks to be revealed for Manchester tech companies & start-ups