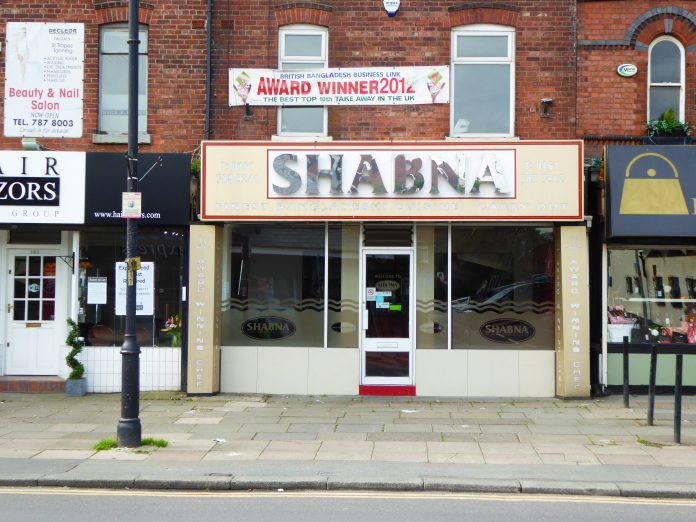 If you want the best Bangladeshi take away in Britain Monton in Salford is the place to be – and that’s official.

The tiny Shabna takeaway, on Monton Road, which has just six staff has been voted the best in the country.

Ceremonial Mayor Councillor Peter Connor presented the certificate from the Desh Foundation which organised the British Bangladeshi Business awards 2017 and congratulated brothers Abdul Hannam and Abdul Mannan who own and run the takeaway and the Naz restaurant in Monton.

“This award is a tribute to 30 years of experience and very well deserved. Britain has more than 12,000 curry houses, most of which are Bangladeshi owned, so this is a red hot achievement,” he said.

Mr Mannan, who settled in Eccles 1972 with his brother, said they had always wanted to work in the catering trade.

“We opened the Shabna in 1984 and at that time there was only us and a fish and chip shop in Monton. Ours was the first open kitchen in England where people can see the food actually being cooked and Monton has supported us very well. We are very proud of this award.”

The Shabna team had to cook a curry and side dish for the judges and beat 10 other north west takeaways to win the award.

What’s On at Corn Exchange This Summer