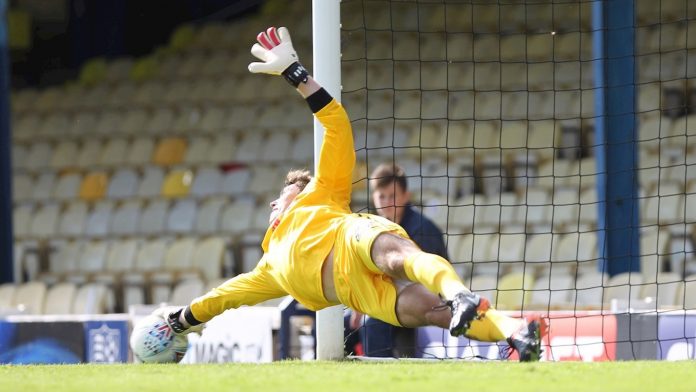 It was not the best of weekends for our local football league teams with Bury and Oldham both going down to defeats while Rochdale came away with a point.

The Shakers conceded a late goal as they were powerless to stop Josh Morris’ eighty sixth minute free kick in their defeat to Scunthorpe United at the Energy Check Stadium.

Oldham remain pointless this season despite scoring three goals at Boundry Park.Visitors Charlton raced into a two goal lead but a penalty from Craig Davies and a debut goal from Eoin Doyle levelled the scores.

Latics were reduced to 10 men following the dismissal of Ousmane Fane and two goals from the visitors looked to put the game beyond doubt.

However, Latics did pull a goal back through Jack Byrne on his league debut but that was not enough to get anything from the game.

Manager John Sheridan was disappointed to lose the game but could not fault his player’s effort and endeavour.
Rochdale’s manager Keith Hill described Saturday’s goalless draw with Southend United as an important point.

Despite only having ten men following Ian Henderson’s departure early in the second half, Dale looked comfortable throughout the match and left Roots Hall with a “very important point” on the board after Brendan Moore saved a penalty in first-half stoppage time at Roots Hall.

Speaking to iFollow after the match, Hill hailed the display as “more like us” and was pleased with the point gained.

“I’m happy because what I saw today reflects me and our team, and looking into the future 41 games, I believe that we can step in.