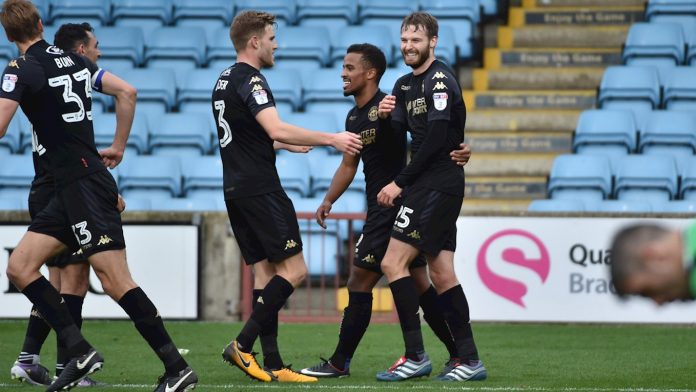 Dan Burn and Nick Powell’s  second-half goals for Paul Cook’s side, either side of Lee Evans being sent off, before Funso Ojo set up a tense finish with a 90th minute goal for the Iron.

The result leaves the Latics in the second automatic promotion place in Division One.

At the other end of the table, Rochdale Manager Keith Hill says his side are not playing goal scoring football at the minute which is a problem.

Dale went down to a 1-0 defeat Rotherham United at the Crown Oil Arena.

“We aren’t being effective enough in front of goal and it’s spoiling performances because there’s not an awful lot wrong with the performance, but we need to find that attacking rhythm and put the chances away when we get them.

“Their goal is a catalogue of mini negative mistakes/ a negative bounce – that’s whether it’s a free-kick or not, whether or not the free-kick is then going out of play as it’s sent in, so it’s now a corner instead of a goal-kick, and then it’s just a negative rhythm that we didn’t put our positive stamp on.” said the manager.

The only goal of the match came 12 minutes after the break, when Richard Wood headed home a corner kick at the back post.