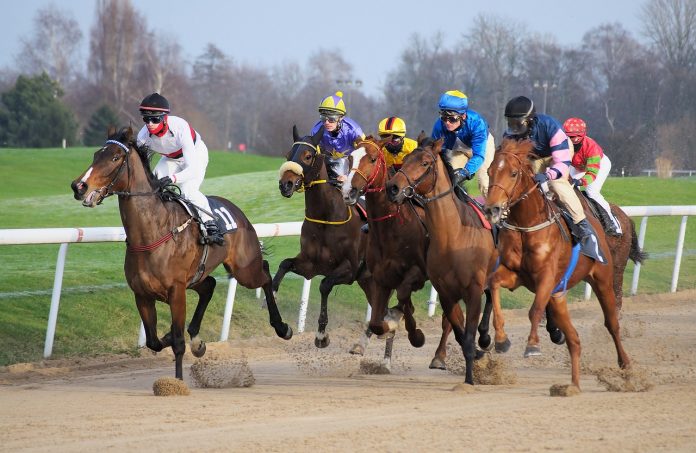 Football and horse racing have often gone hand-in-hand. Jockey’s love football and footballers love horse racing. The relationship between the two sports became strained in 2016, after a group of loutish spectators – including several lower-league footballers – disgraced themselves at the Festival and found themselves on the end of a lifetime ban.

Footballers who attended the Cheltenham Festival last season were reminded to be on their best behaviour and, thankfully, there was no repeat of the unsavoury incidents from the year before. A plethora of Premier League stars – past and present – are expected to joined the Prestbury Park faithful during the middle week of March once again. So, if you have already purchased your tickets for National Hunt racing’s showpiece event, there are several famous faces you could bump into.

Thanks to a serious health scare, Michael Carrick has played a minor role in Manchester United’s season. He was pictured at the Cheltenham Festival alongside teammates Ashley Young, Daley Blind and Phil Jones in 2015 and the same faces were seen enjoying the action on the dirt in Dubai during the mid-season break earlier this month. United’s captain is a known lover of horse racing and it’s likely he, and several of his teammates, will be making the trip to Chelteham next month.

Former Manchester United skipper, Wayne Rooney took a few tentative steps into the world of horse racing during 2012, but his horse Switcharooney failed to win any of his six outings on the flat. Joey Barton – who began his career in the blue side of Manchester – enjoyed some success with his horses earlier this decade, winning several lucrative races with his small squad of flat racers. Although neither ventured into the jumps side of horse racing, they would both relish a day out at the Cheltenham Festival.

One former footballer who has made an impressive transition into the training ranks is Mick Channon, who made 72 appearances for Manchester City in the late 1970s. After ending his playing career with the FA Cup and League Cup winners medal on his mantlepiece, Channon decided to turn his hand to horse racing it wasn’t long before he claimed some major honours on the level.

Top sprinter Picolo handed Channon his first Group One in 1994 when he won the Nunthorpe Stakes. The following year, Channon was celebrating in the Royal Ascot winners’ enclosure, after Picolo stormed to victory in the King’s Stand Stakes. Further success on the flat came during the new millennium, as the 69-year-old saddled the winners of the Dewhurt Stakes, the Cheveley Park Stakes and the St James’ Palace Stakes, again at Royal Ascot.

In recent years’, Channon has targeted success over jumps, but he’s yet to travel to the Cheltenham Festival with a genuine contender. That, however, could be about to change.

Channon looked on from the side-lines at Cheltenham’s recent Trials Day as Mister Whitaker powered to an impressive victory in the Timeform Novices’ Handicap Chase. The Close Brothers’ Handicap Chase and the Brown Advisory Festival Plate are now genuine options for Mister Whitaker and a victory at the Cheltenham Festival would taste sweeter to Mick Channon than any success he has enjoyed in the sport to date.

The most famous footballing face to make waves in the horse racing world is Sir Alex Ferguson, Manchester United’s most successful manager of all time. Sir Alex burst onto the flat racing scene in the early 2000’s when his horse, Rock Of Gibraltar powered to victory in the Gimcrack Stakes. Over the proceeding years, Rock Of Gibraltar claimed seven Group One prizes in a row, scoring famous victories in the 2000 Guineas, the St James’ Palace Stakes and the Sussex Stakes at Glorious Goodwood.

Sir Alex is a regular at the Cheltenham Festival. Although he is yet to enter the winners’ enclosure, he will have high hopes for Clan Des Obeaux, who is arguably the best horse he has ever owned over jumps. Last year’s Berkshire Novices’ Chase winner has looked in strong form this season, winning a handicap at Haydock before finishing second in the Caspian Caviar Gold Cup carrying a crippling burden on 11-12.

Clan Des Obeaux features prominently in the entries for this month’s Ascot Chase and that could be his final run before attempting to win the Ryanair Chase at the Cheltenham Festival. So, if you do happen to be in attendance on day three of the Cheltenham Festival, hang around the winners’ enclosure after the Ryanair and you could bump into the most famous manager in British footballing history.