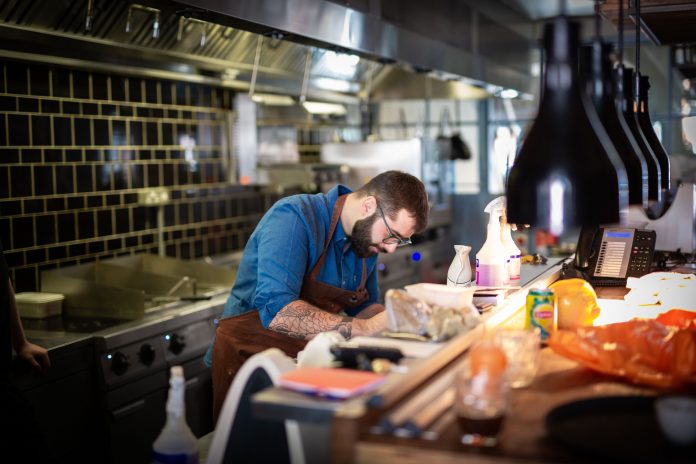 Focused, quietly confident and incredibly talented.  These are just a few of the words Creative Director and Chef Patron of El Gato Negro, Simon Shaw, uses to describe the Head Chef of his new restaurant, Canto.

Set to launch in September 2018, the much anticipated restaurant will, upon opening, be Manchester’s only city centre Portuguese restaurant.  Expectations are high – El Gato Negro has achieved notable success over the years – however Simon is confident that Head Chef Carlos Gomes will deliver.

“The man’s a genius,” said Simon.  “To watch Carlos at work in the kitchen is something else.  He has a quiet confidence about him, an attention to detail and pride that’s hard to find.  And he delivers it with no theatre, he’s one of the nicest and most unassuming guys you could hope to meet.”

Porto born, the 31-year-old Portuguese chef has an impressive biography.  His passion for cooking started as a young boy when his grandmother introduced him to the kitchen.  They’re days Carlos remembers fondly and he credits his family with steering him on to the path that would become his future.

His career began in earnest at the age of 21 with Carlos taking his first position as an enthusiastic Pastry Chef at local restaurant Góshò.  His natural flair for cooking saw him progress quickly, moving to London as Chef de Partie of acclaimed Japanese restaurant, Koya in 2011.  In 2013 Carlos moved to Michelin-starred Barrafina, where he became Head Chef in 2016, a career defining moment.

In 2017 the young chef decided to swap London for Manchester as Sous Chef of El Gato Negro and he hasn’t looked back since.

“I love Manchester,” said Carlos.  “It’s a cliché I know, but the people are so warm and friendly, I felt instantly at home.”

Husband to Ana and father to one, with a second baby on the way, community is important to Carlos.  “Growing up in Porto, family is everything,” said Carlos.  The house was never empty and always full of conversation, and it didn’t stop with immediate relatives; friends, neighbours, colleagues… in Portugal we have large extended families.

“Socialising is a big part of our culture – a coffee or small plate shared in a relaxed environment with family and friends, this is how we like to spend our time, and it’s what I look forward to bringing to Manchester.”

Work on the new 120 cover restaurant is well underway, with Canto confirmed to open this September.  Located on Henry Street, in the heart of Cutting Room Square, Canto will, like its award-winning sibling King St restaurant, focus on simple, modern, authentic Portuguese small plates.   Everything will be cooked fresh using the finest ingredients and see social dining in a relaxed, casual neighbourhood setting; an ideal fit for Ancoats. 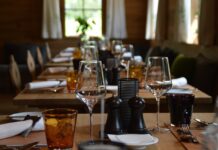 A breast cancer exhibition has arrived at the Corn Exchange Manchester

From the people who made Three Girls comes a story about abortion in Northern...