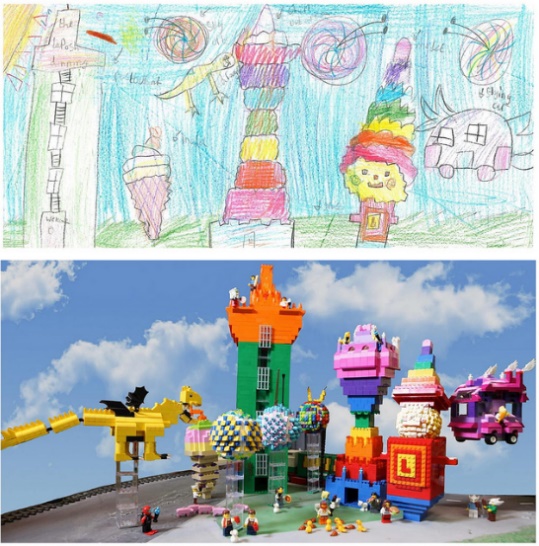 Children from across the country have been predicting how we will live in 200 years, and it’s safe to say the next generation has some imaginative ideas about how we will be living in the future.

Weird and wonderful predictions from British kids, envisioning how we could live in the year 2219, include flying cars, train tracks in the sky and people travelling on jetpacks. Other entries featured robo-waiters carrying drinks, a “go away cloud machine” that would enable the sun to always stay out, as well as lollipop trees and a chocolate river.

The nationwide competition, launched by LEGOLAND Discovery Centre, challenged children aged ten and under to draw how they think their city will look in 200 years’ time.

Seven-year-old Saira Ali, was crowned the competition winner – her illustration featured “sky orbs” to light up the night sky, flying cars, dragons and ice cream buildings. And as part of the winning prize, she got to see her prediction transformed into a giant LEGO model, currently on display at LEGOLAND Discovery Centre Manchester.

The LEGO creation took 31 hours to build thanks to the handiwork of the LEGOLAND Discovery Centre Master Model Builder, James Windle, and spans 50cm in height and 60cm in width, including 4385 LEGO bricks.

Richard Watson, one of the UK’s leading futurologists, reviewed hundreds of entries and based his selection on the most imaginative and original thought shown in the children’s predictions.

Richard Watson, who is the futurist in residence at the Technology Foresight Practice at Imperial College London and led the judging panel, said:

“I saw hundreds of interesting and creative visions of how we could be living in the future, highlighting what the next generation imagines our lives will be like. What stood out to me about Saira’s picture was how imaginative it was – from ice cream buildings to sky orbs to flying cars, she certainly shows an interesting vision of the future! If we already have driverless cars now, who’s to say we won’t have flying cars by 2219? Ice cream buildings are probably a bit more of a stretch, but who knows?!”

Laura Duffy, Senior Global Marketing Manager of LEGOLAND Discovery Centre, said: “We’ve been inundated with wonderful futuristic entries since launching our ‘Cities of the Future’ competition. It’s amazing to see how kids think we’ll be living 200 years from now. Congratulations to both Saira for her visionary artwork, and to our Master Model Builder for bringing it to life in stunning LEGO form!”

Winner Saira Ali, aged 7, said of her prediction: “The world right now isn’t very colourful, so in the future I want everything to be more colourful and eye catching – that’s why I put lots of rainbow colours in there. The flying cars just came off the top of my head, because it would be cool if you looked outside and all the cars were floating in the air with wings on them.” 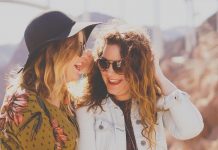 7 Significant Ways to De-Stress Yourself 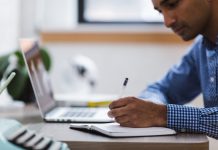 5 Ways To Upskill During Lockdown

How to meditate with raisins

What To Wear For Your 2019 Christmas Office Party

How Lighting Can Set Your Room Apart