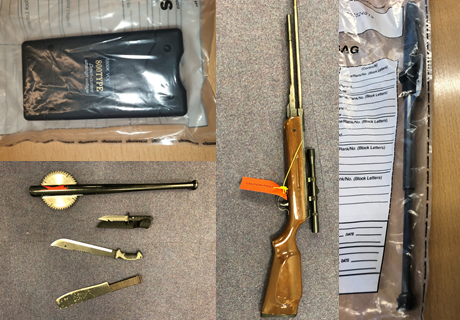 Five people have been arrested after police searched five properties as part of an investigation into the supply of drugs in Salford this morning.

Suspected class A and B drugs, a taser, CS gas as well as offensive weapons and a large quantity of cash were seized.

Detective Chief Inspector Dave Jones, of  GMP’s Salford district, said: “Officers from specialist teams across Greater Manchester Police executed these warrants as a result of intelligence regarding the supply of drugs.

“I hope today’s action gives members of the public confidence that the force is proactively investigating this type of crime to protect communities.

“I would also like to use this opportunity to say that intelligence is a key element of our investigations and encourage anyone with information about the supply of drugs or firearms to contact us or Crimestoppers.”