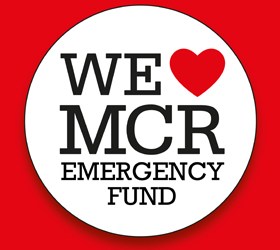 The first payments are about to be made to some of the victims and survivors of the Manchester Arena attack.

The trustees of the We Love Manchester Emergency Fund met last night to release the first round of funding, ensuring that families and survivors benefit from the phenomenal outpouring of public support.

More than £6.2m has already been raised through the appeal, which has been led by Manchester City Council and the Manchester Evening News, in partnership with the British Red Cross, which is collecting the donations. The MEN’s We Stand Together campaign raised almost £2m of this total.

Celebrity supporters include Tom Hardy, Liam Gallagher, Eminem, Justin Timberlake, Martin Freeman and many more. Ariana Grande will be headlining a concert at Emirates Old Trafford cricket ground this Sunday in support of the appeal.

A new charity has been set up to distribute the generous donations among those affected. Trustees have already agreed the first round of funding, which will see around £1m released urgently.

Flat rate payments will be given to families of the bereaved, those who were in hospital for more than seven days, and those who were hospitalised overnight. The early funds will be released as a gift payments, meaning that there will be no conditions on how the recipients spend the money to support them and their loved ones through the immediate aftermath of the atrocity.

Once those payments have been made, further funds will be made available in a phased process, with priority given to those who have been bereaved or seriously injured in the attack.

Since the atrocity, families have been receiving emergency financial help from Victim Support, the Red Cross and Manchester City Council to cover immediate needs, including hotel bills, food and clothing, in advance of the fund making payments.

Councillor Sue Murphy, chair of the new charity, said: “We are unbelievably grateful for the generous donations to the We Love Manchester Emergency Fund. The world’s solidarity with our city has been a ray of light in Manchester’s darkest hour.

“We want to ensure that the funds are distributed to those who need it, and when they need it most. That’s why we’ve released these early payments, in the hope that they can go in some way to alleviating the suffering of the families at this difficult time.

“We’re moving quickly to ensure that the charity is set up so that it can get support out as soon as possible.”