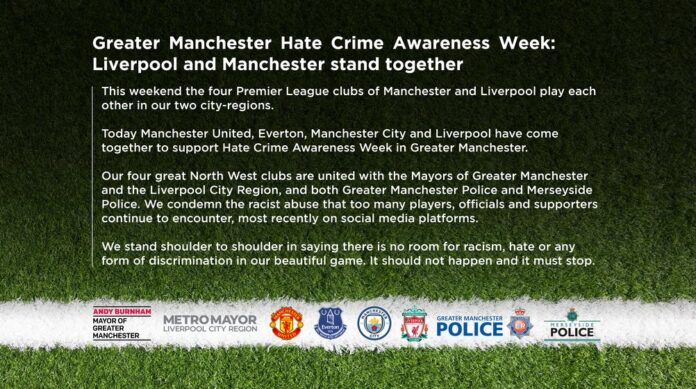 “We stand shoulder to shoulder in saying there is no room for racism, hate or any form of discrimination in our beautiful game. It should not happen and it must stop.”

The full statement can be viewed online.

Rob King to perform in stage play about the life of close friend Martyn...