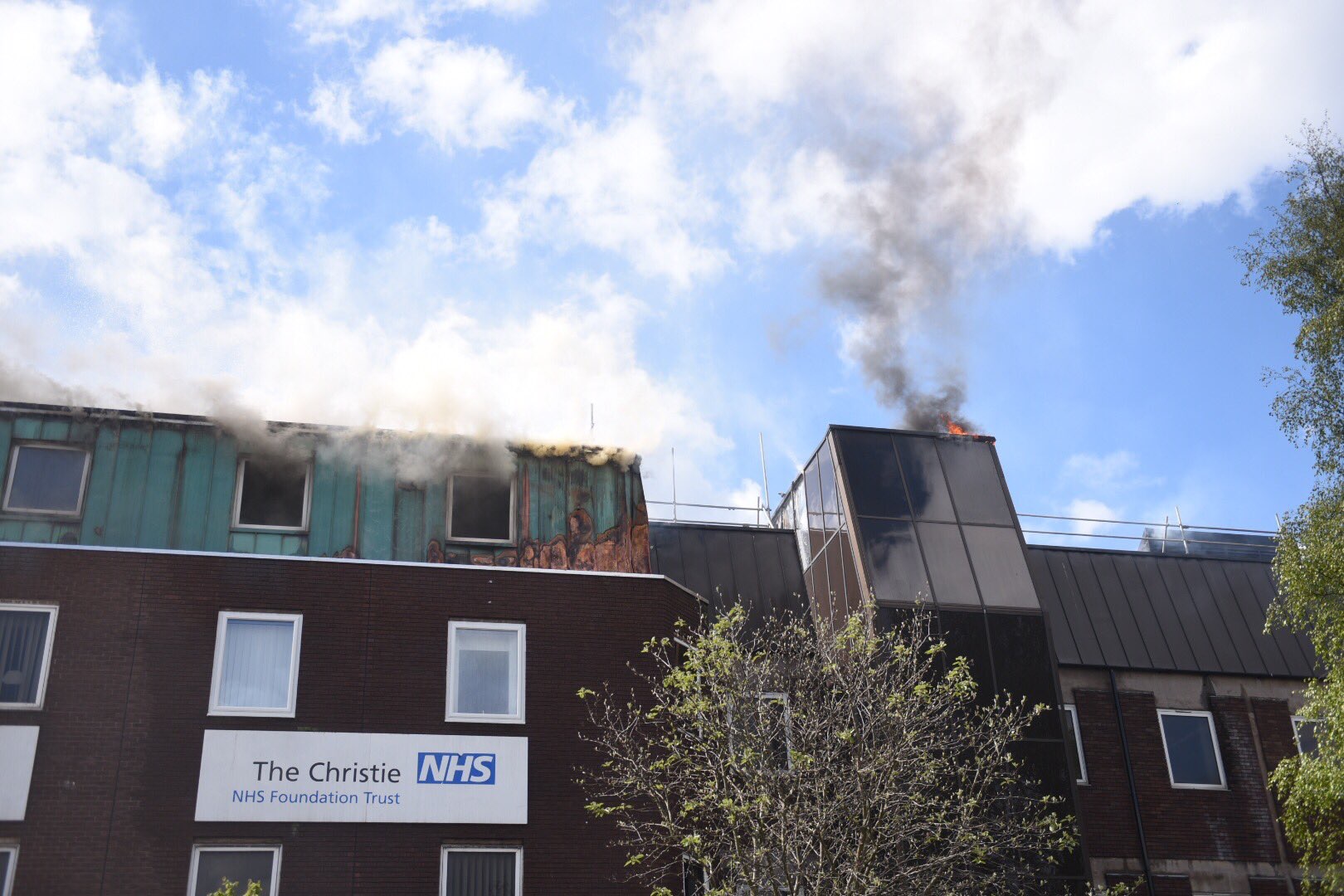 Fire fighters are still at the scene of a blaze at the Cancer Reseach Facilty at the Christie Hospital in Withington.

Area Manager Jim Hutton said: “The fire is being brought under control and the increase in engines at the scene is for the welfare of our firefighters to allow them regular relief from the incident, and to allow us access to more equipment.

“Crews continue to fight the fire and are doing a great job to minimise damage and prevent the fire from spreading further.

“There are no casualties and there is no need for the hospital to be evacuated.”

An investigation into the cause of the fire will begin once the fire is extinguished.

The fire broke out around 10.30 this morning with Firefighters using jets and hose reels to extinguish a fire involving a three-storey office block and labs.

The affected building was safely evacuated and other office buildings nearby were  also been evacuated, but no buildings containing patients were being evacuat

Motorists who have to travel through the smoke should keep windows closed, turn off air conditioning and keep their air vents closed.

It’s important that local residents understand that the risks to their health are low, however because any smoke is an irritant, it can make people’s eyes and throat sore.

People with asthma and other respiratory conditions may be particularly susceptible to the smoke and should carry and use their medication (such as inhalers) as usual. The general advice therefore remains that if possible people should try to remain out of the smoke. If you have any concerns about the smoke’s impact on your health please call your GP surgery for advice, following any instructions for out of hours services, or contact the NHS 111 service (which is free from both landlines and mobiles and open 24/7).

How boccia champ Sam is ‘living well at home’

Nobody wanted this but we must prove what our Borough is made of says...