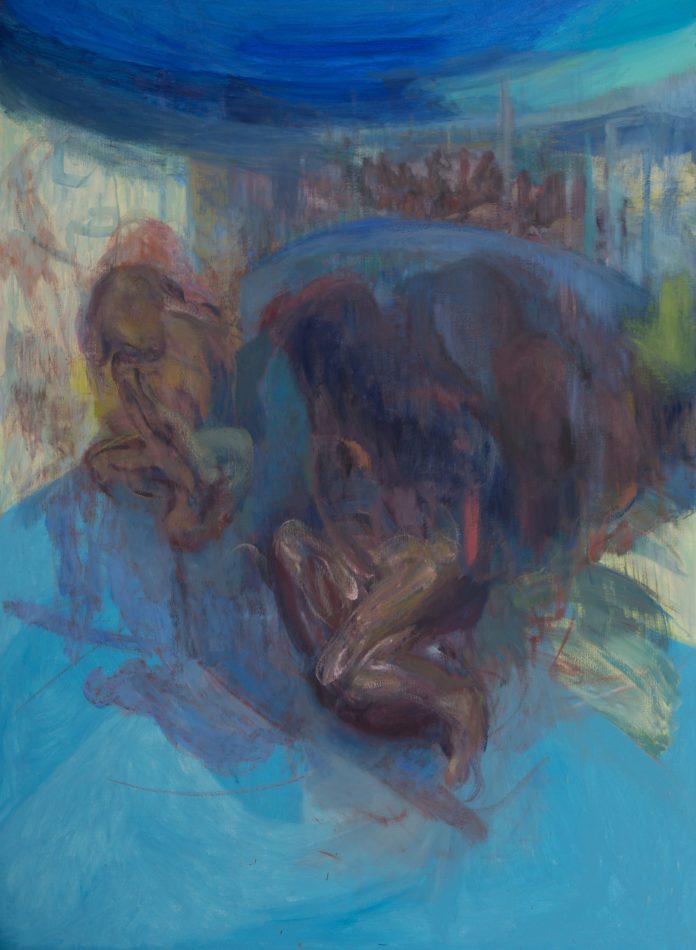 Over 500 works by Greater Manchester artists will go on display at the Manchester Open Exhibition at HOME from Saturday, January 18 to Sunday, March 29.

And the names of 20 artists who are in the running for one of the prestigious Manchester Open Awards have now been announced.

The five winners of the awards will receive artist bursaries with a value of £2,000 each delivered in collaboration with Castlefield Gallery. These will be tailored to each winning artist, and may cover travel, materials, studio rent, website development or any aspect of their practice following peer review and advice.

The shortlisted artists include painters, illustrators, sculptors and digital artists from across Greater Manchester. A full list of finalists can be found at the bottom of this press release.

Five of the artists are shortlisted in the bOlder Greater Manchester Prize category for entrants aged over 50. The Prize is sponsored by the Greater Manchester Combined Authority as part of their Culture and Ageing programme. There are also categories for artists working in sculpture, material and form; illustration and drawing; and for solo artists whose work might be suitable for an exhibition in HOME’s Granada Foundation Gallery.

A fifth category, The People’s Choice Award, will be voted for by visitors during the first four weeks of the exhibition. The artwork which receives the most votes will be named the winner.

The award winner will be announced at 6pm on Thursday, February 20. All finalists will receive certificates designed as limited edition prints by Minute Works, while the winners will each receive an award made by On The Brink Studio, in Stockport, created using Manchester poplar, bog oak and wax from the beehives on the roof of HOME.

Over 2,000 submissions were made following an open-call for artists to be considered for the exhibition, giving the judging panel of Bren O’Callaghan, Jamil Abdulkader, Monique Jarrett, Anne-Louise Kershaw, Mario Popham, Kate Vokes and Helen Wewiora a tough job to whittle the final number down to just over 500 to appear in the final exhibition. The quality was so high that the decision was made to spread the show beyond the main HOME Gallery and into the two Granada Foundation Galleries as well.

Curator Bren O’Callaghan said: “The Manchester Open 2020 is both a celebration and reminder of the creative talent within Greater Manchester, only a fraction of which is regularly visible. Although not a new concept, the open-submission format is still perceived as the reserve of hobbyists or members-only groups, when in fact there are multiple, thriving open exhibitions across the region, many of which have provided a rich source of inspiration and entrants for this, the most ambitious and democratic open submission exhibition in recent memory for any Greater Manchester city-centre arts organisation.”

Alongside the works on display there will be a series of takeovers and interventions by a variety of artists, groups and performers each Thursday and free artist-led tours of the exhibition each Saturday.

The exhibition runs in HOME’s main and Granada Foundation galleries until Sunday, March 29, and admission is free.

Jo is a hobbyist printmaker working mostly in etching and aquatint and generally on a theme of modernist architecture.

Jai Chuhan – Shadows and the Sea

Jai is an Indian born British artist. Her paintings have been exhibited internationally including in Italy, Sweden, Belgium, China, Singapore and in the UK.

Steve is a photographer working across genres including landscape, sport, wildlife, and people. His images vary from depictions of fast action, glimpses of wildlife and dramatic landscapes to more abstract interpretations.

Suzanne has been painting and drawing since childhood, and exhibiting since 1994. She was self-taught until taking a foundation in Art & Design in 2000, and has exhibited in galleries throughout the UK since 1993, with work in private collections in the UK and abroad.

Alyson works in sculpture with clear references to painting. She explores the tension she can create through colour and balance, which she achieves by testing the limitations of modern, ubiquitous materials with combinations of humble materials such as wood and clay.

Carole is a multi-media artist with a Fine Art Degree from Newcastle University. She has exhibited in a variety of galleries and taught at all levels. Carole is the initiator and founder member of Hot Bed Press Printmakers Studio in Salford.

Nick spent 20 years in the field of advertising, but has, over the past few years, switched careers to become an illustrator and storyteller. Amongst others, his comics and illustrations have featured in Wired, The New York Times, GQ and more. His work is clean, simple and charming.

Mancsy – I Was a Stranger

Mancsy is an anonymous artist based in Manchester. Since January 2012 they have given away monthly limited edition screen prints around the city in a game of #finderskeepers. The themes of their work are Manchester driven and relate to the city today and its rich history.

Catherine is an art teacher and artist living in Bury. Her background is teaching art to children aged from 4 to 18, but she now teaches adult beginners in art stores, community groups and art galleries across Manchester and Lancashire.

Matthew Wood – I Know A Way Out Of Hell IV

Working predominantly on paper, Matthew’s practice continues to look outward, to our incredibly flawed and yet tender world.

Chester Tenneson – Out here on the mountain top

Alex articulates a free form archeology exploring the relationships that underpin objects and design. The recognisable is alienated in a surrealist play of association, appealing to themes such as leisure, mass media, technology, personal ritual and mass production.

Freya Goodwin – It was under my feet the whole time

Freya is a recent graduate of the MA Textiles in Practice course at Manchester School of Art. She describes her practice as sculptural installations using textiles. Freya is waste and sustainably conscious and has strived to make her practice as such.

Marian explores the hidden surface textures of the natural environment, captured by macro photography. Her designs are driven by process and her curiosity into the properties of fabrics and other mixed media materials including plastics, packaging, wood, wire and papers.

John Carney – We scorn what we eat, we eat what we despise

John produces work that investigates the power and social agency that material things possess to address the contention surrounding material things and their immaterial antipodes – the mental and social forms that objects produce, prompt or instigate.

Kay Shah – The Visitors & The Return to Rajouri

Kay is a Manchester based artist with a degree in Fine Art from Manchester School of Art. She mainly deals in digital prints and has ventured into sculpture and installation as extensions of her ideas.

Born in Poland in 1986, Karol currently lives and works in Manchester, and is based in Wellington Studios. He is a multidisciplinary artist working mainly with oil paint who won the Ken Billany Prize 2013. A Manchester School of Art graduate, his works have been exhibited internationally. Karol is a core member of Europia Art Collective.

Jen graduated from MMU in 1996 with a degree in Fine Art and joined Rogue Artists’ Studios, Manchester in 2000. In 2018 she appeared in Sky Arts Landscape Artist of the Year where the judges chose her in their top three for the heat.

himHallows is the working name of Paul Hallows, an artist and illustrator from Manchester who is currently shaping his practise to focus on creating illustrated patterns.

How the Welsh outside Wales kept St David’s day alive