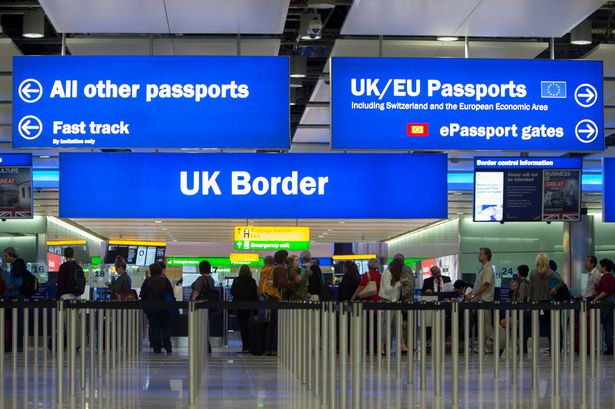 Figures released this morning by the Office of National Statistics show that net migration to the UK rose to almost 300,000 in the first full calendar year since the Brexit referendum.

The increase has been driven partially by numbers coming from outside the EU, which is now at its highest level for 13 years and is twice the level of that coming from inside the EU.

In 2017, there were around 280,000 more people coming to the UK than leaving, so migration is still adding to the UK population. But it has fallen from the record levels of 2015 and early 2016 and is now similar to the level recorded in September 2014.

The overall net figure is almost three times the government’s target, which is to reduce net migration to under 100,000.

Caroline Nokes, the immigration minister, said: “What these statistics show is that more of the people who are coming to the UK are coming for the reasons we would want — to take up a definite job or to study.

“More EU nationals continue to arrive than leave and as the ONS have made clear, net migration has been broadly stable since late 2016. But while it is not unusual to see quarterly ups and downs, we know more needs to be done if we are to bring net migration down to sustainable levels.”

“That is why we continue to review our visa routes to ensure our priority remains with those who will make a real economic contribution to the UK or who need our protection. And leaving the EU will enable us to put in place an immigration system which works for everyone — businesses, communities, families and individuals.”

Getting me there slowly-Metrolink tickets go digital

One of the world’s most historically important railway artefacts has been rediscovered after more...