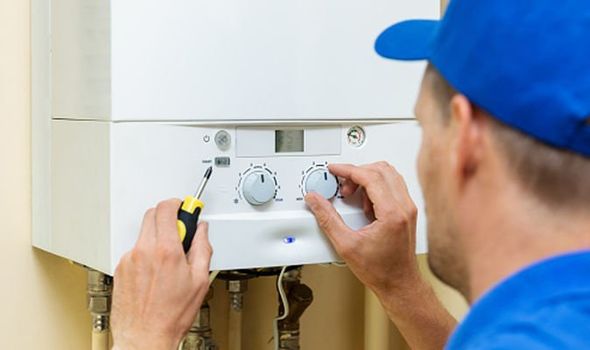 Half of Manchester residents are living with faulty or unsafe appliances in their home or garden, according to research released to mark Gas Safety Week

A survey commissioned by British Gas has found that 70 per cent of Mancunians have used an appliance while knowing it was faulty, even though half have received an electric shock as a result, and one in ten say faulty appliances have started a fire in their home.

Despite more than two thirds of people in the region saying they actively worry about the safety of appliances in their home, half of respondents do not test their household gadgets as often as they’re advised to by the manufacturer, and three in ten admit they don’t know when they were last tested.

The most common household appliances that Manchester residents expect to be faulty include chargers, laundry machines and grooming accessories such as hairdryers and straighteners.

British Gas identified more than 26,000 unsafe appliances in UK homes in the first half of this year when completing routine safety checks during energy meter installations

Lauren Vazquez, Engineer and Safety Expert for British Gas, said: “Our engineers are in and out of homes around the country every day, checking that customers’ electricity is safely wired and testing all gas appliances to make sure they’re safe.

“We regularly visit customers who haven’t had their wiring or gas appliances checked in 10 to 20 years, which is a concern. We have so many gadgets in the house nowadays that it can be difficult to keep on top of them all, but it’s important to keep an eye on whether they’re working as they should be.

“Some of the unsafe appliances we’ve come across could have had a devastating effect on our customers’ health and safety, had we not identified them.”

To mark Gas Safety Week, British Gas is raising awareness of the importance of having carbon monoxide detectors in the home, especially for new parents where the impact of a carbon monoxide leak could be very severe for a new-born baby.

Lauren Vazquez added: “You can’t hear it, see it, taste it or smell it, and it kills around 30 people a year – but fortunately, carbon monoxide poisoning is preventable.

“Tell-tale signs of a carbon monoxide leak include sooty stains on your cooker, finding your gas fire has become difficult to light, and spotting that the flame on your boiler is burning yellow or orange instead of blue.

“Faulty central heating systems are one of the most common sources of carbon monoxide in the home – so as well getting your boiler checked once a year, it’s essential to have a carbon monoxide alarm fitted, and to call an expertly-trained engineer if you have any concerns.”

To check whether an engineer is registered and Gas Safe visithttps://www.britishgas.co.uk/the-source/your-home/improving/gas-safety-week

Independent businesses in Urmston will be joining together to support local as they kick...