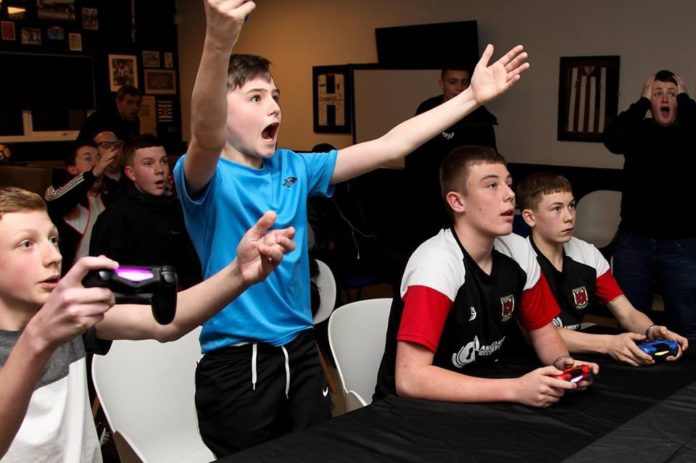 Video games have been around for what seems like an eternity. Like most technology, advances in their quality have moved quickly.

Online gaming is now the most popular form giving gamers the chance to enjoy their hobby with their friends from the comfort of their own homes.

We spoke to Bernie Coughlin from Esports Events UK about how they are putting on events to bring gamers together as well as what else they are up to.

Could you give us a little background into what you do?

We arrange, facilitate and administer tournaments and competitions using popular game titles such as the EA FIFA game series.

I think I may have one of the best jobs in the world, as I basically travel around the country playing the games I love with likeminded people!

We provide our customers with everything they’ll need to run an event.. from the consoles, controllers and large screens, through to the referees and competition software.

For the members of the audience who are not aware of it, what is eSports?

I get asked this a lot, and for some reason, it gets regularly confused with “escorts”!

Definitely not the same thing!

Esports is essentially “competitive gaming”, where a number of players will compete to be named the best at their favoured computer game, either at a local amateur level in small community competitions winning small prizes or titles, through to professional career gamers on the international stage winning tens of thousands of pounds.

Or in the case of Kyle “Bugha” Giersdorf, taking home a whopping $3million for achieving the first prize during the 2019 Fortnite World Cup!

How does the competition work?

This depends on which game or competition you are participating in. Fortnite for example is played by up to 100 players all with their own individual screens in a “Battle Royale” where these 100 Players will have to be whittled down from 100 to 1, progressing through to qualifiers on a regional level from a total 40 million global participants, culminating in a Finals Competition with the top 100 players from around the world, whittling these final 100 down to 1 single winner.

The game that we specialise in is the popular EA Sports FIFA game titles, and their largest competition had 3 million overall competitors in the last FIFA eWorld Cup. However, our competitions are very different than these global competitions.

Our events are primarily focused on being social occasions, welcoming all players from all backgrounds and abilities. However, making sure that each player is on a level playing field with the other players, making sure that they are not in a position where one player has a much better team or is in any better position than them.

The competitions will begin with a group stage, through to knockouts and a championship final, where the final 2 will battle it out with their team to decide the winner and take home a prize.

Where did the concept of an esports company come from?

Our business had very humble beginnings, from my front room, playing FIFA amongst friends, when one suggested “we should have a tournament!”. Then holding the very first competition between the 5 of us, then the 5 became 6, then 7, 8.. then there was nearly 15 people turning up to get involved!

At this stage, the front room was no longer big enough, and I didn’t enjoy tidying up afterwards very much either.. So I arranged to hold an event at my local pub, using their projector and large screen, alas the business was born..

Sounds simple, I can assure you it is not… From getting the equipment set up, knowing how to run the competition from the numbers that turn up, refereeing the players through competition using a game that is well known for glitches and technical faults! We have certainly learnt how best to run these events through vast experience.

With so much emphasis on online gaming from the top gaming companies, how important is it for young people to socialise during gaming at your events?

We are living in the age of “The Screenager”, kids grow up learning about and interacting with the world via tablets and mobile phone screens. Although this wealth of immediately accessible information equips kids and adults from this generation with far more knowledge and insight of the world than ever before, it is quickly becoming one of the main bridges of interaction between human beings of the younger generation, via social media and applications.

People are spending far more time messaging, texting or video calling than ever before and some are now even “uncomfortable” with developing relationships by the more traditional methods, interacting with others in person!

Esports is no exception, the stereotypical view of a gamer being someone who is sat in their bedroom with earphones on shouting at a computer screen, and that image isn’t too far from the truth in reality.

However, now tablets and screens are becoming more mainstream, the “gamer” stereotype is less prevalent and younger people than ever before are seeing gaming as part of everyday life and an extension of their social interactions.

People are more connected than ever but are yet more lonely than ever, and spending less time with people face to face than ever before!

Our events bring these players out of their homes and bring them together, with other like-minded,  friendly and approachable people with similar interests. Encouraging people to talk, interact and make friends in the real world.

What are your main goals in the foreseeable future?

I would love this business to become a sustainable full-time income for either a member of staff or even look at a franchise model whereby we can equip other entrepreneurial people to pursue a career in esports. To do this, we need to go national, holding bigger competitions at bigger venues. We are looking to invest time and effort into further solidifying our partnerships with local, EFL, Championship and even Premier League football clubs. But for this, the business needs further investment. The plan is to look towards members of the public to help us grow via crowdfunding, and offer opportunities to investors to own a share of the business.

I would also love to work with, or even set up, a charity that we can support which links to the issues within our society. Allowing esports to make real change.

To this day, what do you consider your greatest achievement within the business?

Some would argue that obtaining a repeat customer like Barnsley FC, a Championship Football Club, is a massive success for a small business like ours.

Barnsley Football Club, powered by Esports Events UK, held their very first #FIFA20 tournament for their fans on the 31st of October. Check out the video of the players as they battled it out to win the title of #BarnsleyFC FIFA20 Champion#FIFANeverLies

However, the biggest success for me is as follows…

During our first few months of trading, we held a series of events in and around Manchester City Centre. These events were open to the public, inviting players to come and compete for a cash prize. After one of our events a player, who had attended a few of the competitions we had held, came to us for a chat. In as many words he said “If I wasn’t doing this, I wouldn’t be doing anything”, and revealed to us that the event had helped him make friends with other players.

The event had brought people together, that in itself was our greatest success.

What does the future hold for the business?

Who knows how the business will look in 10 years, with the growth of esports and the advancements in technology. I fear that the concept of “Game Streaming” such as Google’s Stadia will change the way we play games, and perhaps make businesses like ours more difficult to facilitate. However, our plan is to continue to use software and hardware to bring people together. Our shorter-term plans are to widen our footprint to other sports, such as Basketball and Ice Hockey, investment into our retro gaming services and Virtual Reality.

Where can people find out more about what you do and what events you have coming up?

Our website is still in development, however, for now, our most up to date information can be found on our Facebook and Twitter pages. The events section of our Facebook Page has on display our upcoming events, alongside a huge wealth of content from our past events. 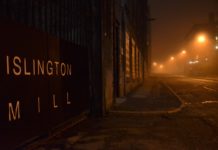