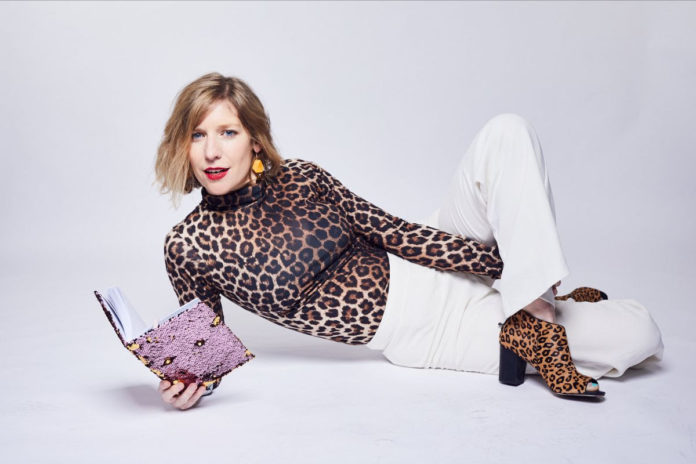 ‘eVULVAlution’ is a time travelling prehistoric novel set in Hull and follows on from Pamela DeMenthe’s previous success with ‘Sticky Digits.’

As part of the launch, the self-published writer will talk about her struggle living up to high expectations and overcoming writers block.

Pamela DeMenthe is the comedy alter-ego of Manchester based actor Jenny May Morgan who is currently a ‘Developed With Artist’ as part of The Lowry’s Artist Development Programme.

Jenny studied at The Arden school of Theatre and presented her first work under the alter-ego, ‘Sticky Digits,’ at Edinburgh Fringe 2017, returning in 2018 to receive 5 star reviews and to be selected as The Times best of the fringe.

“I initially performed as myself, but slowly the character of Pamela DeMenthe, the disillusioned self-published erotica author, emerged.”