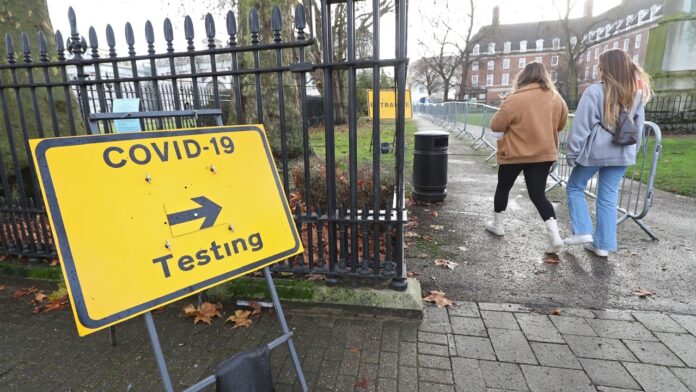 Today (Wednesday, March 3) a period of Enhanced Testing for Covid-19 in parts of Moston and Harpurhey will draw to a close.

Nearly two weeks ago a case of the Kent Variant of Covid-19 was traced back to this part of Manchester.

In what is now standard practice in this type of situation, measures were put in place to contain the further spread of the virus through mass testing of thousands of residents.

Earlier in the year the same procedure took place in Moss Side, Whalley Range, Fallowfield and Hulme after several cases of the Kent Variant were detected.

In north Manchester, Mobile Testing Units were set up in Ebsworth Street and Thorp Road, allowing residents to walk or drive up to receive a PCR swab test for Covid-19.

For residents who were not able to leave their homes, members of the Council’s Neighbourhoods Team were sent out to knock on thousands of doors to deliver at-home tests, as well as to get out the word for the need to get tested.

During the period of Enhanced Testing a total of 2,650 tests were carried out. This was supported by more than 2,900 door knocks, as well as letters being sent out to thousands of households.

Figures are still being collected from across the area, but as of today (March 3), 31 positive cases were recorded. These will go on for further testing to determine if any are of the new strain.

The testing site in Ebsworth Street will close on Wednesday, March 3 at 5pm.

Even though Enhanced Testing in these areas is winding down, it is vital that residents still observe social distancing measures, as well as wear masks and minimise contact with people not living in their household.