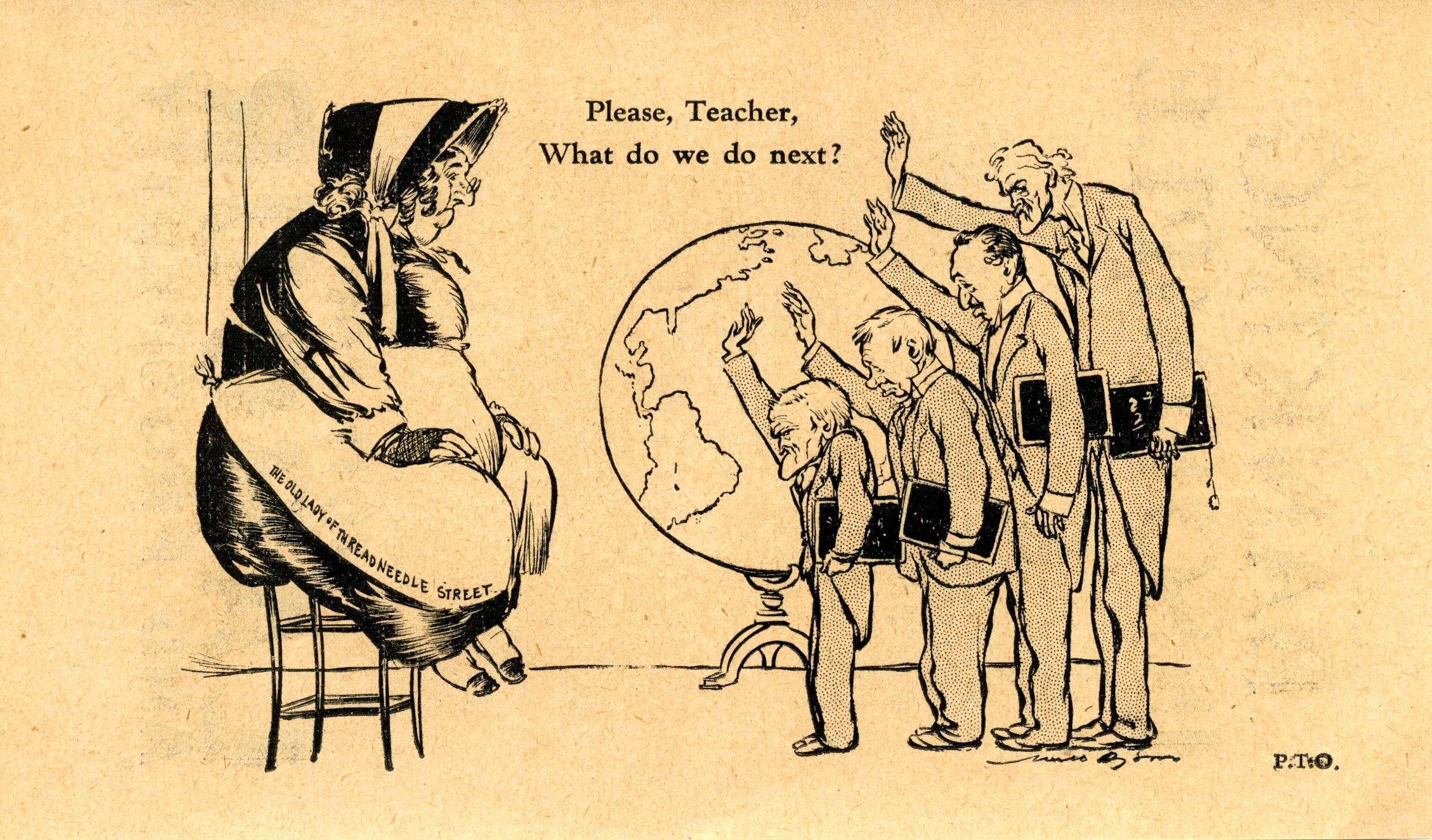 In the general election of 1970, a controversial poster made a brief appearance.

Entitled Yesterday’s men it was designed by an unlikely person, a bohemian artist whose previous work had included album covers for The Beatles, The Rolling Stones and The Who and who had created an explicit poster to advertise the Andy Warhol film Chelsea Girl.

Alan Aldridge’s depiction of Edward Heath and his shadow cabinet as the yesterday’s men of politics would prove controversial, especially since one of those depicted was Enoch Powell, sacked from the Cabinet over his Rivers of Blood speech, imaging a future race racked Britain. 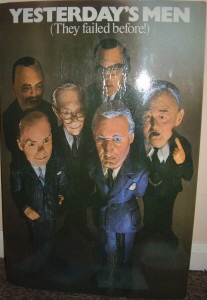 So controversial that the Labour Party pulled it from the campaign, one that they would ironically lose to the yesterdays men.

Yet it was a foretelling of what politics was to become, culminating in the famous Satchi and Satchi Labour’s not working poster at the end of the 1970’s.

Both are featured in a new exhibition opening this weekend at Manchester’s People’s History museum which whisks us through one hundred and fifteen years of election posters from the Boer War to Gordon Brown.

The first section of the exhibition takes us from the Khaki election, the first double election in a year 1910 as Lloyd George battled with the House of Lords,The Tories scaring the electorate with images of communists in 1924, the 1929 flapper election in which women first voted on equal terms with the men through the depression of the 1930’s and the hopes of 1945.

There is the 1955 poster designed by a young Tony Benn, intended for people with the new medium of television, to advertise in their front window when party election broadcasts were being shown.The 1959 comic designed by the Conservative to be sent to ‘influence makers’, Harold Wilson’s pipe from the White Heat of 1964 to the days of Mrs Thatcher, Michael Foot and the Alliance.

Finally to more recent times, the Neil Kinnock lightbulb in the 1992 Sun on Election Day, Tony Blair’s Britain deserves better in 1997, and his warning four years later not to return to the old ways.

The exhibition will be running through the 2015 campaign and constituency maps, a live polling monitor and ‘seats to watch’ updates are just some of the ways visitors can follow the story as it unfolds.

A live feed of political odds and evolving data will be screened, giving insight into political attitudes and behaviour for 2015 and a series of debates will also be taking place, with talks from guests including YouGov President Peter Kellner, political broadcaster Michael Crick, and Professors Philip Cowley and Steven Fielding of The University of Nottingham.

The Exhibition has also acquired an Artist-in-residence Alex Gardner who will be making visual sense of the ‘how’ and ‘why’ of elections, demystifying the process with installations and infographs exploring everything from how votes are counted to what a typical MP looks like.

As part of Election! Britain Votes, the People’s History Museum will be running a programme of community and youth engagement activities to empower, inspire and educate new and young voters. Curator Chris Burgess comments,

“At a time when the number of people voting is declining and trust in democracy falters, we wanted to create something that would bring the excitement of the election to life and make it really relatable. From the rate of minimum wage to how our bins are collected, almost everything we do is politically determined. Our mission is to challenge people to think about the power of their vote and find their voice in 2015”.