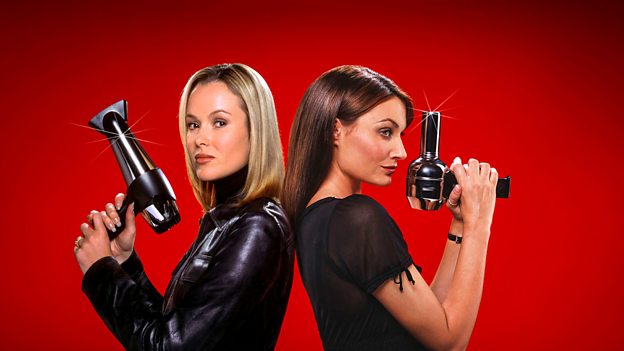 Early 2000s hit hairdressing drama Cutting It comes to BBC iPlayer, with all four series available to stream as a box set from today.
Created by Poldark’s Debbie Horsfield, and originally broadcast between 2002-2005, the BBC series was an early vehicle for stars Amanda Holden, Sarah Parish, Ben Daniels, Jason Merrells, and Angela Griffin, and left a strong impression on fans with its razor sharp depiction of personal and professional rivalries.

The romantic drama centres on the ups and downs the lives of the staff of a hairdressing and beauty salon in Manchester , run by husband and wife Allie and Gavin, whose lives are turned upside down when Allie’s handsome ex Finn and his glamorous but devious new wife open up a rival salon across the street. The rivalry between them plays out across four thrilling, tense and addictive series.

Cutting It’s stars went on to other big things after the salon closed its doors in 2005’s finale. Holden is best known these days as host of Britain’s Got Talent, Parish has since featured in Doctor Who, W1A and Broadchurch, Daniels has starred in House of Cards and the film Rogue One: A Star Wars Story, while both Jason Merrells and Angela Griffin went on to star in the hit BBC series Waterloo Road, the full box set of which is also available on iPlayer.

Cutting it joins a number of box sets that have been added to iPlayer recently, including new series The Secret She Keeps, Mrs. America, Alan Bennett’s Talking Heads and Black is the New Black, as well as classic series Doctor Foster, The Kumars at No. 42 and Strike, plus the Adam Curtis film Bitter Lake.

Controller of BBC iPlayer, Dan McGolpin, says: “Whether you remember it from before or you’re seeing it for the first time, Cutting It is a television treat, packed with stars and full of romance and rivalry, now available on BBC iPlayer.”