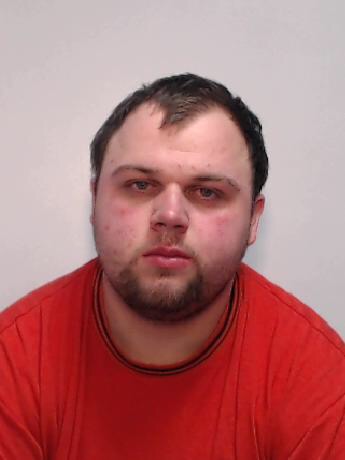 A Droylsden man who sexually abused a 12-year-old boy after grooming him online has been jailed.

Ben Flynn 25, of Kings Walk, has been sentenced at Manchester Minshull Street Crown Court to 13 years in prison and ordered to sign the sex offenders register for life after pleading guilty to a catalogue of sexual offences.

In March 2016, Flynn sent a friend request on Facebook to the young boy despite having never met or spoke to him.

Once the request had been accepted Flynn bombarded the minor with private messages and, despite knowing the boy’s young age, enticed him to come round to his home with the offer of letting him play on his Playstation.
He came round to the house where Flynn kissed him and touched him sexually before attempting to take him to his bedroom, but the boy refused.
After this illicit meeting had taken place, Flynn’s daily messages to the boy became highly sexualised as he attempted to arrange further meets, even offering to pay for his bus fare as his desperation to satisfy his depravity increased.
The pair met at the address on a further two occasions where other sexual offences against the child took place.
The abuse came to light when the boy’s sister came across the messages and told their mother.

When questioned on arrest, Flynn admitted to sending messages to his victim despite knowing his young age.

Detective Constable Claire Pickavance of GMP’s Tameside borough said: “Ben Flynn is a dangerous predator who preyed on a young boy via social media before arranging to meet with him so that he could satisfy his own depraved urges.
“At no point did he give any consideration to the effect that his actions would have on his young victim when he decided to act on them nor did he show a shred of humanity when he continued to attempt to arrange further opportunities to abuse him.
“Thankfully Flynn has now been taken off the streets and is unable to pose a risk to young people, be that online or physically in person.

“I hope the sentence passed here today will send a clear message to those who think grooming children online and abusing them is acceptable or something that they can get away with.
“That message is simply that it will not be tolerated and we are prepared to investigate and seek prosecution for anyone who engages in the sexual abuse of children.”