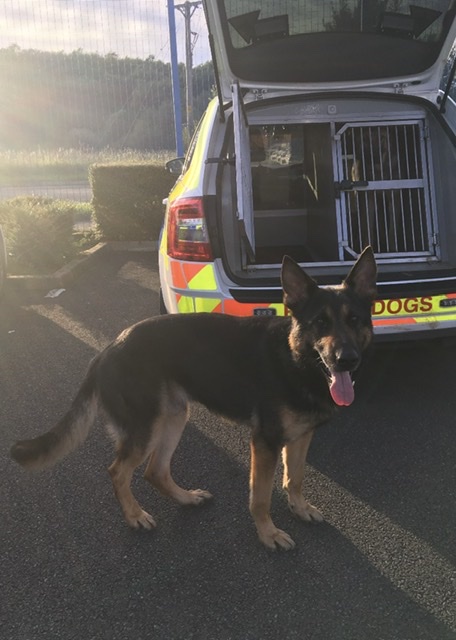 GMP’s dog unit put in a sterling performance overnight as eight arrests were made with their support across Greater Manchester, including the arrest of a man following a series of catalytic converter thefts in south Manchester.

Officers spotted a suspicious vehicle matching the descriptions given by members of the public a short time later and began to pursue the car on School Lane.

Dash cam footage shows items being thrown at the police car during the pursuit, and three men eventually abandoned the car and attempted to run away from police.

One man was chased to the ground by Police Dog Ted and officers recovered three of the stolen converters as part of their initial enquiries which were aimed at the police vehicle during the pursuit.

A 28-year-old man was arrested on suspicion of theft of a motor vehicle, dangerous driving, criminal damage and theft of catalytic converters. He remains in custody for questioning.