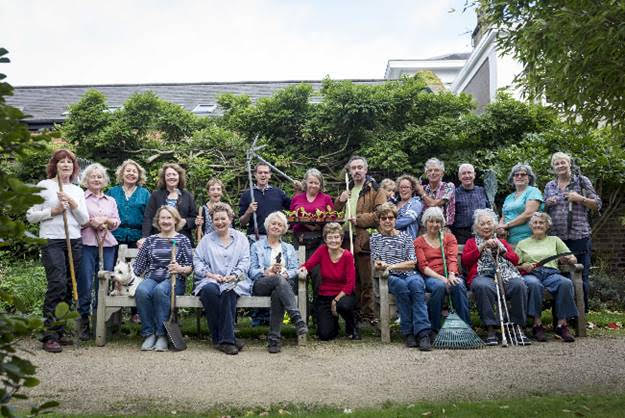 Six finalists were chosen to fly the flag for the region following success in the North West in Bloom competition the previous year. A total of 76 groups from across the UK competed in 12 categories with each also vying for a gold, silver gilt, silver or bronze medal.

Didsbury  competed in the ‘best of the best’ Champion of Champions category and scooped a gold medal, just missing out on the top prize to Truro in Cornwall.

First-time finalist Rochdale, Cheshire town Congleton, seaside resort Lytham and the village of Whalley, both in Lancashire, joined them in being awarded gold, while Lancashire village Chipping walked away with a silver gilt. All battled what judges have declared the toughest year on record with communities nationwide fighting to keep blooms alive.

70-metre long floral ‘wonder wall’ feature at Rochdale football club, while the town of Congleton was praised for its roundabout displays, ‘back to back’ gardens planted by children and lighthouse bed.

Lytham near Blackpool impressed the judges with its productive kitchen gardens at Lytham Hall, redesigned Mussel Tank that was once used for shellfish cleaning and town centre described as a “floral delight”.

Historic Whalley near Blackburn was also congratulated on overcoming severe flooding at the end of 2015 to restore the area to its former glory, creating a “vibrant floral wow” throughout the high street.