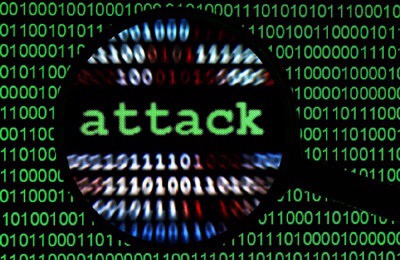 The business advisory firm, Deloitte, today announced its 2017 predictions for the technology, media and telecommunications (TMT) sectors at a launch event held at Old Granada Studios in the centre of Manchester this morning.

Among their key predictions are that there will be more than 10 million cyberattacks in 2017, with one terabit/s attack per month on average and that sales of tablets in 2017 will be fewer than 165 million units globally, down 10% from the previous year and down 30% from 2014’s peak of 230 million units.

The event, attended by over 130 business leaders, revealed the sixteenth edition of the TMT Predictions 2017 report and discussed the major trends that may impact UK businesses this year. The event included talks from John Easton, distinguished engineer at IBM and Paul Vlissidis, director at NCC Group.

One in twenty uses of digital navigation will be indoors this year, rising to at least a quarter by 2022 said the report while predicting that sales of Vinyl recordings will generate $1bn globally for the first time this century

TV advertising revenues will remain resilient to digital disruption in 2017 while more than a billion devices, predominantly smartphones, will incorporate fingerprint readers in 2017. There will be over 10 trillion uses of fingerprint scanners this year;

2017, they say will see 200 carriers worldwide include elements of 5G network architecture within their advanced 4G networks.
Jodi Birkett, TMT partner at Deloitte in the North West said: “Advancements in the TMT sectors are something that all businesses should be aware of if they want to stay ahead of the curve and remain competitive.

“We expect to see tangible steps towards the wide-spread launch of 5G connectivity in 2017, and this is good news for the North West business community. Fast connectivity is vital for modern organisations and the emergence of 5G will be particularly beneficial for our creative industries over the next few years.

“Billions of smartphones and tablets are also expected to be capable of processing and collecting multiple types of biometric inputs, including face recognition, voice pattern and iris scanning, but fingerprint use will lead the way. These technologies offer huge opportunities for forward-thinking app developers to streamline, secure and add functionality to their apps, and we have plenty of businesses in the region that could take advantage of this.

“Last year the news was dominated by high-profile cyber breaches. In 2017 we predict that there will be more than 10 million distributed denial-of-service (DDoS) attacks, with the ability to knock most businesses offline. Companies in the North West should therefore look to reassess their cyber defences and take advantage of the world-leading cyber security expertise we have in the region.”

Film Preview Stations of the Cross-Cornerhouse