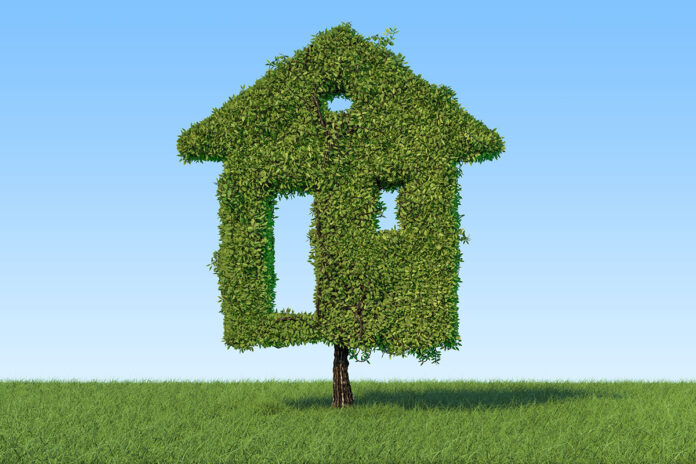 A new report by IPPR, supported by Housing Association Stonewater – titled: “All hands to the pump: a home improvement plan for England” , shows that at least 12 million homes in England will need to be fitted with heat pumps and energy efficiency measures, such as insulation, if the UK is to meet its net zero targets by 2050, and lift millions of households out of fuel poverty.

In his Summer Budget announcement last week, the Chancellor pledged £50 million on a pilot to fund the decarbonisation of social housing properties, in an attempt to kick start a national retrofitting programme for social housing tenants.

However, this pilot will only stretch to cover the very worst performing social housing stock, benefiting only a fraction of the UK’s social housing tenants.

This latest IPPR report, supported by Stonewater, lays out a new ‘Home Improvement Plan’, a new comprehensive strategy to deliver, at scale, the energy efficiency and low-carbon heating measures needed to reduce energy demand and emissions.

This new Home Improvement Plan would help to drive the UK’s net zero targets, tackle fuel poverty for the very poorest, and help create new employment opportunities across the country.

This report outlines an ambitious plan for decarbonising homes across all tenures in England but makes the case for the social rented sector to be placed at the centre of a wide-reaching green infrastructure programme in order for the UK to rise to the climate challenge.

The report shines a light on the scale of the problem, including that the fact that 12 million lion homes in England need to be fitted with heat pumps and energy efficiency measures to hit UK net zero targets by 2050 and lift millions of households out of fuel poverty.

2.4 million households in England are still in fuel poverty homes and the government is likely to miss its target to upgrade the efficiency of their homes by at least 60 years.

The government’s proposal for a Clean Heat Grant for heat pumps would cost the poorest households up to 60 per cent of their average annual income says the report.

In England it would require £10.6 billion per year through to 2030, reducing to £7 billion per year from 2030 to 2050, to retrofit all homes in England below an EPC standard of C with heat pumps and to high energy efficiency standards.

Investing in heat pumps, heat networks and the energy efficiency of these homes would generate nearly 275,000 new jobs, spread across every region in England by 2035.

Over the next ten years, it would require a total investment of £36 billion to meet the scale of action needed to decarbonise the 1.76 million social rented homes that currently fail to meet EPC of C.

Only this level of investment will provide energy efficiency, reduce household emissions and eliminate the risk of fuel poverty for millions of UK households.

In the North West, the need for Government support in decarbonising social housing is clear. There are over 180,000 social rented households in the Greater Manchester Region and Liverpool City Region are paying higher fuel bills each winter and are at increased risk of fuel poverty, because of the poor energy and heating efficiency of their home
an investment of £4.7 billion across the Greater Manchester Region and Liverpool City Region would be needed to make all social housing homes more energy efficient and decarbonise their heating systems

A new Home Improvement Plan would generate over 36,600 new jobs across the North West

“The government’s pilot to decarbonise social housing won’t fly. For the vast majority who will miss out on the government’s pilot, it means continuing to put up with an inefficient home and high energy bills – or at its worst, a stark choice between paying for heating bills or putting meals on the table. Time is running out, and the sector and government must act now.”