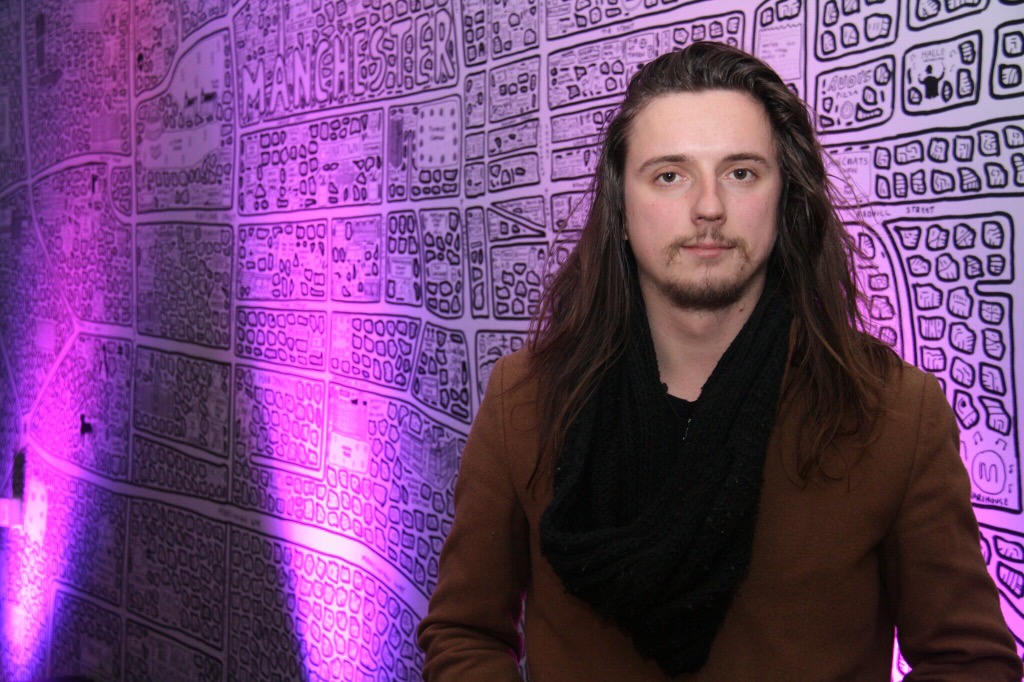 The Renaissance Hotel in Manchester City Centre, has transformed two walls of the hotel with one-off Dave Draws original doodle map to help those visiting the city explore its landmarks.

You might have spotted Twenty six year old artist Dave most recent doodles in the Arndale Centre where he plotted places connected to Manchester’s Olympic Gold medals. He has rapidly grown a reputation for his doodle illustrations, especially his black and white map creations, which have now plotted Northern Quarter, Didsbury, Hulme, Salford, Chorlton and MCR city centre. More recently, Dave was also flown to Hong Kong to undertake a commission for a huge map of Hong Kong Island.

“It’s turned out even better than we’d hoped. Dave has done an incredible job and has really captured the essence of the city,” said General Manager of the Renaissance Manchester, Cameron Mcneillie. “Not only is the wall eye-catching, but it is also showing our guests some of the important landmarks and areas around the city centre, helping us to celebrate and share our knowledge of Manchester with our guests.”

Cameron added; “We can’t wait to see the reaction from our guests as they not only see the mural, but also appreciate the detail that’s gone into it. Not only that, but we also hope that it will inspire our guest to go out and explore and enjoy our city.”