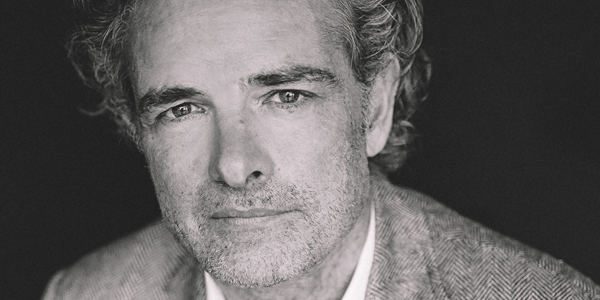 Bacon, who passed away last year after a long battle with cancer, founded the Living Ventures empire along with current CEO Jeremy Roberts and is credited with transforming Manchester’s now thriving restaurant and bar scene.

It was a fitting testament to his legacy that more than 1000 diners descended on eight Living Ventures restaurants, including Manchester House, Australasia, Artisan, Alchemist, Grand Pacific, Grill on the Alley and GUSTO, for the ambitious Dream The Impossible charity event.

The unique dining experience was followed by a glamorous after party, organised in conjunction with Make Happen Events, at The Albert Hall where Knight, who has headlined hit West End shows Memphis and The Bodyguard, performed her much-loved hits to guests including Shoulda Woulda Coulda and Middle of Love. Inimitable actor and DJ Craig Charles continued the party with one of his legendary funk and soul sets, which saw the crowd dancing into the early hours.

Jeremy Roberts CEO of Living Ventures and chair of The Foundation said, “The aim of Dream the Impossible was to celebrate Tim’s life and raise a huge amount of money for the Foundation. I am delighted to say we achieved both aims and had an amazing night. I cannot thank everyone who has supported this event enough, from my colleagues at Living Ventures in organising it, our amazing suppliers and sponsors and everyone that attended, it has been humbling to receive such goodwill from so many people in Manchester and from the wider hospitality industry. The money raised will really help make a difference to so many cancer patients.”

The amount amassed from the Dream The Impossible event will go to the Tim Bacon Foundation’s inaugural appeal for Christie’s Proton Beam Therapy project and Maggie’s Centres which provide much needed care for cancer patients.

Representatives from both charities were at the event and delighted with the support.

Louise Stimson from Christie said “At the Christie charity we provide treatment and care for our patients which is above and beyond what the NHS is able to provide. With the support of partners like the Tim Bacon Foundation we are able to continue to provide the best facilities, care and treatment that there is available. It been wonderful working with the Tim Bacon Foundation this year which culminated last night in an amazing evening of fundraising. I’m sure Tim would have been very proud of his team and thrilled with the results.”

Sinead Collins, Maggie’s Manchester Centre Head, said “We’re thrilled and grateful to everyone who has worked so hard to put on such a special event. Those who loved and supported Tim Bacon – and everyone out there who has been affected by cancer – will know the tough questions, exhausting treatment and difficult emotions that a cancer diagnosis can bring. The funds raised by Dream the Impossible event will help us to welcome more people to Maggie’s Manchester and give them the support they need to find their way through cancer. You don’t need an appointment or referral to come to Maggie’s and all our services are free. Whether it’s to find practical advice about benefits and eating well, or talk to one of our qualified experts, or simply sit quietly in a beautiful setting with a cup of tea, Maggie’s is here for you.”

The evening, which received remarkable support from prominent businesses, was sponsored by Allied London for Manchester House; Shoosmiths LLP for Australasia; Palatine Private Equity and Deloitte for GUSTO; Finch Insurance Brokers for The Alchemist New York Street; Asahi UK for The Alchemist Spinningfields and Relentless Group and Bruntwood for Grand Pacific, where Manchester United legend Gary Neville was in attendance.

Vaqas Farooq, head of leading law firm Shoosmiths in Manchester, one of the businesses which supported the event by ‘taking over’ Australasia said: “Dream the Impossible was ambitious and creative – therefore a truly fitting tribute to the memory of Tim Bacon. Shoosmiths was delighted to take part in this wonderful event which has raised so much money for these two important charities.”

Deck the Halls with…..