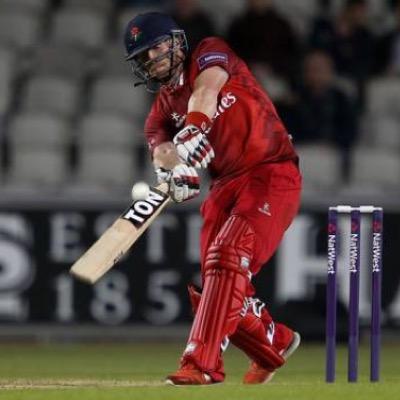 Lancashire Captain Steven Croft has been awarded a Testimonial year in 2018, the club have announced this morning

Croft, who was the first of the Club’s Academy products to be given a professional contract ahead of his First Class debut in 2005, has made over 450 appearances for the Red Rose and will go down in Lancashire folklore as the man who hit the winning runs to secure Championship title glory for the first time in 77 years against Somerset at Taunton in 2011.

The Blackpool-born all-rounder, who has now made an English record 143 consecutive appearances for Lancashire Lightning in T20 cricket, was appointed the Club’s permanent Captain ahead of the 2016 season after being handed the role when Tom Smith stepped down after missing all but one match in 2015.

He had led the Red Rose during that season as a stand-in Captain, and he steered the county to a maiden NatWest T20 Blast title and promotion back to Division One in the County Championship.

Lancashire CCC Chief Executive Daniel Gidney, said: “We are absolutely delighted to award Club Captain Steven Croft with a Testimonial year. Steven has been a magnificent servant to the Club over the last 12 years and he has been at the very heart of Lancashire’s success.