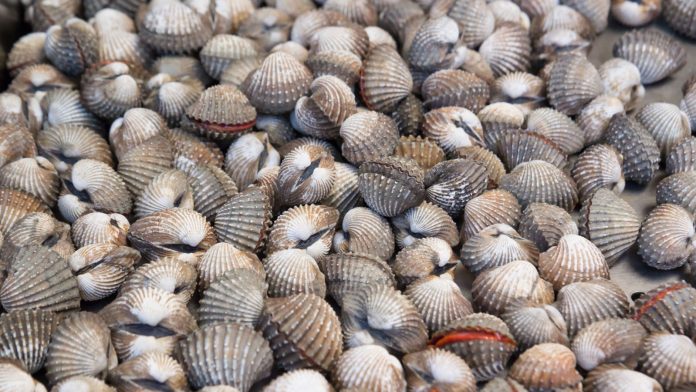 THE HUMBLE cockle is being linked to future anti-cancer drugs after trials carried out in the UK.

Biomedical scientists at the University of Salford found that sugars from the common cockle (Cerastoderma edule) were approximately as effective as some standard chemotherapy drugs at relative lower dosage.

And they say ‘cockle-chemo’ could be particularly suitable for children as it is potentially less toxic and less likely to cause unhealthy side-effects.

Publishing in the journal Marine Drugs, the Salford team have tested the mollusc-derived sugars with positive results against leukaemia, breast, lung and colon cancer cells and tumours.

Lead researcher Dr David Pye, Director of Child Cancer Research Charity Kidscan at the University of Salford and lead on Chemistry programmes, said: “Polysaccharides (sugars) derived from mammals have long been a source of experimentation by cancer scientists but to date with inconclusive results. Certain applications have actually helped the cancer to grow.

“We opted to look at shellfish instead, not least because they are much cheaper and easier to source and well as being rich in sugars.

“They have a different structure from which we are starting to derive a number of potential drugs which with further refinement have the potential to work alongside more traditional treatments.”

He said extracting a mix of polysaccharides from cockles was a simple procedure and that the impact on tumours was encouraging.

Between 2-3 out of every 10 children in Britain with cancer diagnoses will not survive to adulthood, a fact which drives research at the Kidscan labs in Salford.

“What is really significant about this is not so much the seafood source but that fact that sugars of this chemical structure work effectively at tolerable levels for children.

“A lot of children’s cancer drugs are watered down versions of adult ones, and they target and stop cell division. Clearly, as cell division is a central process of growth and development they hit children’s health disproportionately.

“The ‘Holy Grail’ of children’s cancer chemotherapy is to maximise the destruction of the cancer whilst minimising damage to normal cells and tissues. Sugars as therapeutic treatments should help to minimise harmful side-effects.”

Subsidy would improve fruit and veg intake by as much as 15%, say economists