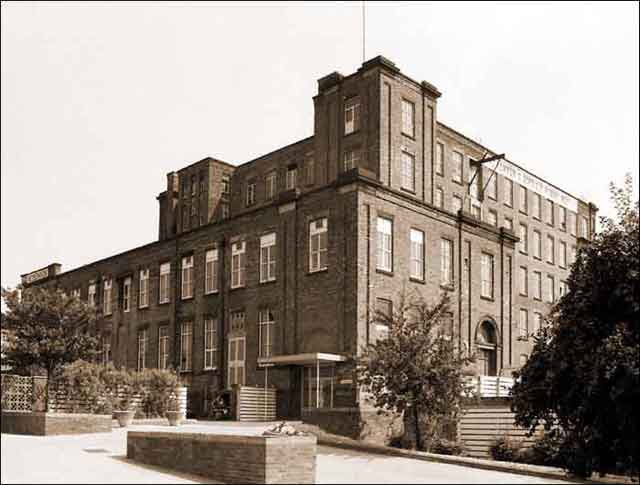 COTTON spinning is returning to Tameside. English Fine Cottons is investing £5.8 million to restart production at Tower Mill, Dukinfield, after a gap of 60 years.
The company has secured £3 million for the project – a £2 million loan from the Greater Manchester Combined Authority and a £1 million grant from the Government’s Textiles Growth Programme (TGP) – in addition to £2.8 million of its own money.

The grant is TGP’s largest single award and the announcement means the cotton venture’s launch and growth plan for the next three years are fully funded. English Fine Cottons has already placed orders for equipment and begun recruiting staff with a view to starting work early next year. Around 100 jobs should be created.

English Fine Cottons, which will be the UK’s only cotton-spinning company, plans to produce extra-long staple high-quality yarns for global markets. It will spin some of the most luxurious cotton in the world, using the finest raw materials from Barbados, India, the USA and Egypt. The cotton fabric will be used in high-end fashion market collections.

Cllr Kieran Quinn, executive leader of Tameside Council, said: “The return of cotton spinning to Tameside is a matter of huge historical significance.

“For more than 100 years cotton was the key industry in the various towns making up the borough and indeed the North West of England. The Park Road area of Dukinfield, where Tower Mill is situated, is a corridor of former cotton mills and testament to the hold spinning once had on the region.

“While I applaud the work done at national and regional level to bring English Fine Cottons to Tameside, I would also like to praise the efforts of Tameside Council and Culimeta Saveguard, both of which have invested a vast amount of time and resources.

“I believe this project shows how enterprising the people of Tameside are, and how effective a little northern grit and common sense can be in achieving solutions.”

It is best known for manufacturing high-performance technical fibres used in the automotive industry, or for insulation and protective clothing.
Tower Mill, which was built in 1885, was last used for cotton in 1955. However, it remains well known as it formed the backdrop for the BBC One comedy drama “Making Out” which starred Margi Clarke and Shirley Stelfox.
Tame Valley Mill, known to locals as Bowker and Ball’s, ceased textile production 20 years ago.
Andy Ogden, general manager of Culimeta Saveguard, said: “We are extremely proud to have won this major government grant to help us make real our dream of bringing the cotton industry back to where it belongs – the North West of England.
“There is a strong demand across the world for luxury goods with the ‘Made in Britain’ stamp, and English Fine Cottons has the pedigree for the job. Our roots are in textile manufacturing, and we are in the perfect location.”

At the cotton spinning industry’s peak in 1800, North West firms operated 95 per cent of the world’s spindles, and by the mid-19th century there were hundreds of textile mills in the region.