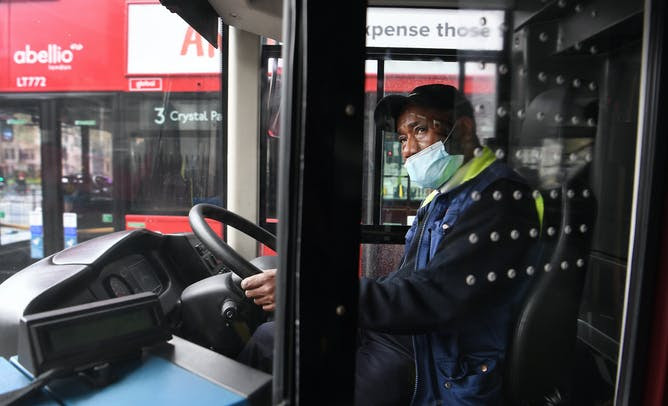 Emerging evidence suggests that black, Asian and minority ethnic (BAME) communities appear to be disproportionately affected by COVID-19. Of the 3,883 critical patients registered in the UK on March 10, 33.6% were from BAME communities. This is despite BAME communities accounting for only 14% of the population.

This might partly be explained by the fact that BAME communities are prone to higher rates of hypertension and diabetes, which may make them more likely to develop complications if infected. BAME communities are also more likely to live in Britain’s larger cities, such as London, Birmingham and Manchester and usually within tight and densely populated inner-urban wards, such as Newham, Sparkbrook and Moss Side – where contagion rates are highest.

But we must also question whether public health and education interventions could be contributing to these high numbers.

Social distancing has been the UK government’s official policy since March 23, as it attempts to stop the spread of infection. Pubs, restaurants, leisure centres and hotels have been closed and the population should work from home wherever possible. However, this intervention appears to exacerbate pre-existing inequalities in employment, and create new social and health-related inequalities between Britain’s BAME and white communities.

For example, government figures show that individuals who self-identified as mixed, black and other, black, and Pakistani/Bangladeshi are more likely to work in caring, leisure or other “low-skilled” positions.

It’s far less likely that these kinds of occupations can be done from home, which means that those employed by companies that are still open for business are also at a higher risk of exposure.

Meanwhile, given what we know about the professions that have an over representation of BAME workers, it seems likely that they are also over represented in four out of the eight areas of work identified as essential to keeping society functioning – health and social care, (education and) childcare, food and other necessary goods, and transport.

Said Musse, Nadir Nur and Emeka Nyack Ihenacho are among eight London bus drivers who have died from coronavirus in recent weeks. Ihenacho’s best friend summarised the situation that confronts many British BAME workers during this pandemic:

He was just doing his job, to provide for his family. It’s the only reason he was out there.

The inequalities may also continue beyond the immediate health crisis. The decision to cancel all school exams in response to the pandemic may have a negative impact on the future opportunities for social mobility for many young people from BAME communities.

Instead of sitting exams, students will be assessed according to a formula. Teachers will provide a predicted grade, which is based on the student’s past performance, and then rank each student according to how confident they are of them achieving the predicted grade.

However, research has shown that BAME students frequently outperform the grade scores predicted by their teachers. Educationalists can sometimes hold the same racial biases about people from BAME communities that exist in wider society. They, too, are capable of thinking that black students are less suited to cognitive pursuits than vocational routes. British Pakistani and Bangladeshi students face problems too. The idea that they are culturally incompatible with western values leads to the perception that they are low achievers. These ideas facilitate negative perceptions of academic talent.

Ofqual, the government body in charge of this process, is also considering including a school’s past performance as a factor in its modelling. This is highly problematic, as a school’s historical performance is intimately connected to a host of wider socio-economic and geographic factors. These include how much funding it has received over the years, class size, the number of pupils on roll from challenging socio-economic backgrounds, location and ability to recruit permanent staff. A school’s historical performance is perhaps a better indicator of the social conditions of the area it is in than it is of the talent of its pupils.

Put simply, these factors often work in favour of schools located in affluent locales and against schools that are usually based in inner-urban and socio-economically challenged areas. These are also the areas that are typically home to many of Britain’s BAME communities.

Without exams, and a sufficiently objective alternative, BAME students’ have lost their primary mode of circumventing the biases they face. Or the ability to circumvent the socio-economic conditions in which many of their schools are couched – and the associated problems all this brings.

The impact of COVID-19 is unprecedented, and we will not know the full effects for some years. What is clear is that unless the policies put in place to help us recover are able to account for the ways in which the coronavirus impacts differently on different communities, they could actually make disparities worse. Not only could BAME communities be at greater health risk in the short term, but they could feel the repercussions in less obvious ways for long into the future.