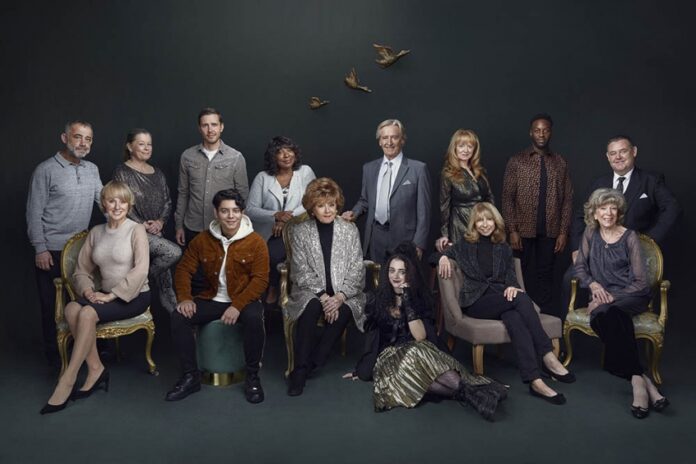 Coronation Street unveils official 60th anniversary cast photograph to celebrate the programme reaching this broadcasting milestone. And there has never been a cast image quite like it!

The shot had to be taken adhering to the Government’s health and safety guidelines for TV and film production and the covid protocols and measures introduced by the programme which meant all of the actors in the portrait were photographed at different times.

Previous photography to celebrate the show’s big milestones has featured all the cast, starting with the famous black and white shot to launch the first episode.

With the pandemic meaning that large gatherings are not possible a decision was taken to represent the show by photographing the first seven of the current cast to join the soap alongside the most recent seven actors to have appeared on screen as a regular cast member.*

Over a period of two weeks the actors were photographed individually in a covid secure studio and then cleverly photoshopped to give the impression of being together.

Finally with a nod to the show’s history Hilda Ogden’s iconic ducks from her ‘muriel’ were added to the image, complete with wonky middle one!