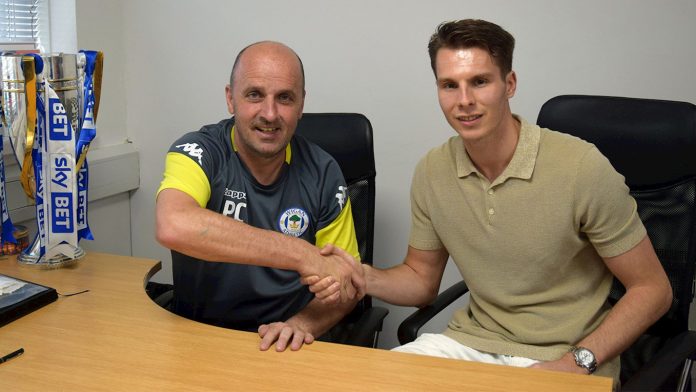 Cook, 51, has spear-headed Latics’ immediate return to the Sky Bet Championship whilst also leading his side to the Emirates FA Cup quarter-finals following victories over three Premier League sides, including the Champions Manchester City.

Club records from the club’s 40 years in the league have been blown out of the water by Cook, his staff and the players as the first-ever Latics boss to win his first three games in charge of the club has also seen his side score more goals in a league campaign than ever before and won more away league games (16) in a single season than any previous Latics manager.

Chairman David Sharpe said on Cook’s arrival that our former player would be a huge lift to the place and, indeed, he’s done just that.

Commenting on the news, Sharpe said:

“I’m absolutely delighted to see Paul commit his long-term future to Wigan Athletic, he has been the main reason behind our success this year.

“I can speak on behalf of everyone associated with Wigan Athletic in saying that this is fantastic news.

“Paul is a serial winner; to win the Sky Bet League One title with 98 points and beat Bournemouth, West Ham United and Manchester City to reach the FA Cup quarter-finals in his first season in charge is unbelievable.”

Cook, who has now committed to the DW Stadium until the end of the 2021-22 season, acknowledged his delight at securing his long-term future.

“I have loved every minute of my time here,” Cook said. “It has been a huge team effort and I couldn’t have achieved anything here without the support of our chairman David Sharpe, chief executive Jonathan Jackson, my coaching

staff, all the staff across the club and the players.

“It was always going to be a big challenge to win promotion immediately but a lot of hard work and endeavour has gone in from so many people, who can all look back on the past year with great pride.

“Our supporters have been incredible, from the first day I arrived I couldn’t have been more welcome and I look forward to seeing everyone back at the DW next season.

“I sit here very proud of the success we have enjoyed this season but in equal measure aware of the challenges we face moving forwards into the Championship – an exciting challenge.”