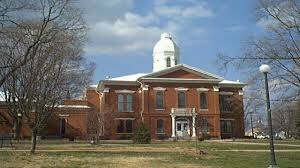 The government is holding a twelve week public consultation on the closing of several courts around the Greater Manchester region.

According to the government, The buildings being consulted on represent 16% of hearing rooms across the estate in England and Wales, which are, on average, used for only a third of their available time. That is equivalent to fewer than two out of five days in a week and the majority of these courts are not used for at least two thirds of their available time, and one in three are not used three quarters of the time.

Courts and Tribunals Minister, Shailesh Vara, said:
“We are reforming the courts and tribunal service so that it meets the needs of modern day users. Access to justice is not just about attending court. As we bring in digital technology for better and more efficient access to justice, fewer people will need to physically be in a court.” Adding

“This means that we will need fewer buildings, and with many already underused and in poor quality, now is a good time to review the estate.”

“Our estate is a significant asset. We currently have a number of surplus buildings and this consultation puts forward proposals on their future. As we modernise our service so that fewer people will need to attend a court in person, spending money on unsuitable or rarely used buildings is not good value for money for taxpayers.”

Justice Secretary Michael Gove has suggested that Magistrates’ courts could meet in town halls or hotel suites to cut costs :

Attending court, says the proposals, is rare for most people. It will still be the case that, after these changes, over 95% of citizens will be able to reach their required court within an hour by car. This represents a change of just one percentage point for Crown and magistrates’ courts and two percentage points for County Courts. The proportion of citizens able to reach a tribunal within an hour by car will remain unchanged at 83%.