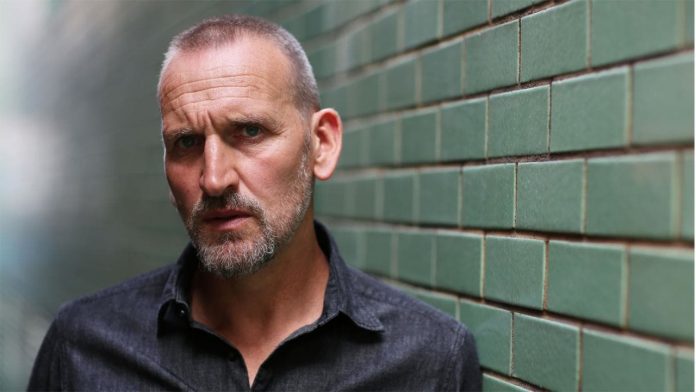 Salford born Christopher Eccleston is to star in new BBC One Drama, Come Home, a powerful, absorbing and deeply emotional family drama, told with levity, laughter and an emotional truthfulness.

Eccleston will star alongside Paula Malcomson in the dram from Bafta and International Emmy award-winning screenwriter Danny Brocklehust which explores the messy realities of parenthood, marriage and what happens when a mother switches the reset button on her life.

Set and filmed in Northern Ireland, the drama will focus on a family reeling; from mother Marie, played by Paula Malcomson who has made the hardest decision of her life, to her bereft husband Greg, played by Christopher Eccleston  and their three children.

Christopher says: “I’m very proud to be working with Danny Brocklehurst, RED Production Company, the BBC and Paula Malcomson on this challenging and provocative drama.”

Paula adds: “After working in the US for 25 years I am thrilled to back home working for the second time in a year with the BBC and Northern Ireland Screen telling working class stories for a thinking, feeling audience.”

The three part series which will be distributed by Studio Canal TV asks the question, what does it take for a mother to walk out on her family, leaving her children behind? What impact does it have and how do others judge her? This is a drama about how lives cannot just be walked away from. At the heart of the series is an emotional mystery: why did Marie flee?

Writer Danny Brocklehurst says: “Chris and Paula are two of the UK’s finest actors and I couldn’t be more thrilled to have them in Come Home. The drama takes Greg and Marie on a hugely emotional journey as it explores the fallout from a mother leaving her children and it requires actors of their calibre to pull it off. I’ve been a fan of Chris Eccleston ever since I first saw him in Cracker and have wanted to work with him my entire career. Paula is a stunning character actress who brings credibility and depth to every role she plays. Their combination promises to be amazing.”

When Should Kids Be Allowed To Get A Part-Time Job & What The Best...