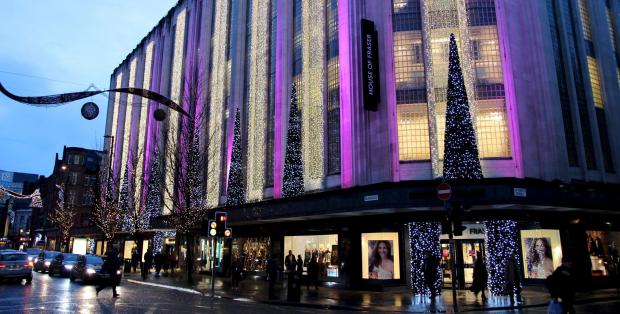 Department store chain House of Fraser became the latest retailer to reveal festive trading woes as it saw store sales slump 2.9% in the run up to Christmas.

The embattled group which has a flagship store on Deansgate, revealed it was asking landlords to cut some of its rents last week saw its sales fall over the crucial six weeks to December 23 came as it held off from heavy discounting outside of Black Friday.

Online sales tumbled 7.5% as it continued to come under pressure after the recent launch of a new web platform.

House of Fraser said Black Friday was more successful for the chain, with sales over the promotional event in November up 0.8% in stores and within 1% of last year’s record performance online.

It added that trading since December 23 has been mixed following “disappointing” sales in the week after Christmas, although it has halted sales declines in store and online since New Year’s Day.

Alex Williamson, chief executive of House of Fraser, said: “We are a business in transition; our focus is on driving profitability rather than chasing revenue at any cost.

“We are not a business determined to sell everything to everyone at any price.”

As part of its transformation programme, House of Fraser has made savings of £10m in 2017. It added that “good progress” has been made in securing a further £16m in savings for 2018.