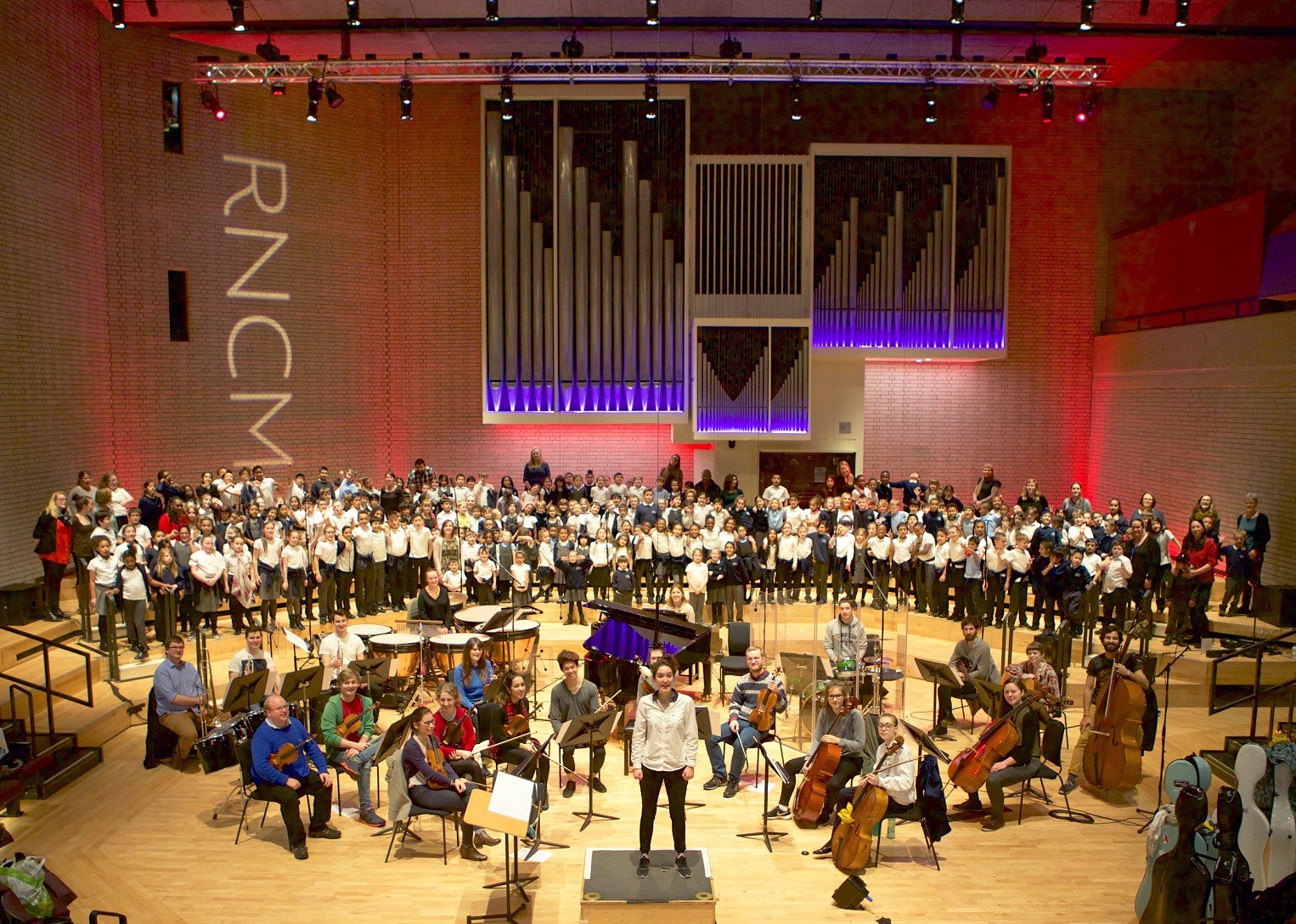 The children of Barlow Hall Primary School in Chorlton, South Manchester, came to the RNCM on Thursday 11 February to record a new song as part of a communication project to help pupils with autism.
Connect@BarlowHall was established by the School and RNCM to create a better visual and sonic environment for children within Barlow Hall’s Communication Centre who have autism or language impairments.

The full project comprises several strands, including the design and installation of a new sensory garden where children can explore the senses with different elements of sound, smell and touch, an impressive tessellation artwork connecting hundreds of butterflies designed and decorated by the School’s children and staff, a soundscape to replace the school bell which autistic children often find too painful to hear, and the writing and recording of a brand new school song.
Through a series of workshops with composer Kate Pearson and RNCM graduate Lucy Armstrong, children from Reception class to Year 6 were involved in writing the lyrics and melody to Look Inside, which they recorded in the RNCM Concert Hall accompanied by a band of 22 college students.

Kate said: ‘Working with the children of Barlow Hall has been a wonderful experience. I was so impressed by how everyone has worked together to create something that’s both moving and inspiring, not only for today’s children, but for future generations of Barlow Hall pupils.’

Barlow Hall Head Teacher Jayne Kennedy added: ‘The project is such a great opportunity for all of our pupils to feel included and to be able to express themselves in different ways. Every single child contributed to the writing process by generating words they associate with our school. The fact that ‘courage’, ‘respect’ and ‘love’ were mentioned so many times says a lot about our pupils and the Barlow Hall community. There is a real buzz of excitement surrounding this song and the children were thrilled to have the chance to show off their love of singing at the RNCM. We are all very proud.’

How to stop a zombie apocalypse – with science