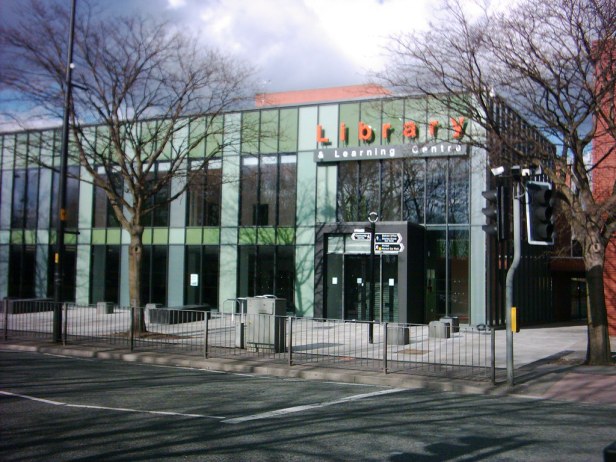 Libraries in Chorlton and Longsight are the latest Manchester libraries set to get a re-vamp as part of the council’s ambitious £6m Libraries 2023 strategy.

The city currently has 22 libraries and over the last ten years there has been significant investment in the library estate to ensure they are fit for a 21st century library offer.

Now, under latest plans to further improve the city’s libraries – announced this week to coincide with National Libraries Week – Chorlton Library will be completely transformed and restored, whilst over at Longsight Library, library users are going to benefit from a complete reconfiguration of the building along with other improvements that will help open up the building to more people and broaden the services it provides.

The planned improvements to Chorlton and Longsight libraries are in addition to work that is already well underway at other libraries in the city.

This work includes a brand-new library in Gorton, a new library at Abraham Moss in Crumpsall, and improvements to Central Library – the UK’s most visited public library – to mark seven years since its transformation, with a new children’s library opening this December, improvements to the Archives+ exhibition area, and to the computers in the building.

Throughout the last eighteen months of the pandemic it has become clearer than ever how much local people in Manchester depend on libraries.

Whilst they were closed library staff quickly rose to the challenge of working in different ways and adapted services to make sure residents were still able to access services.

In the early stages when all services moved on-line this meant supporting residents through the digital arena first – which was to some a whole new world – and then a blended model when libraries were able to open their doors again and welcome people into their buildings in a covid-secure manner.

Seven city libraries re-opened on the first day they were allowed by the Government roadmap on 4th July 2020. The day saw queues outside several of the libraries, with a customer at Longsight Library saying: “I have really missed the company of strangers.”

Don’t drink and drown this Christmas