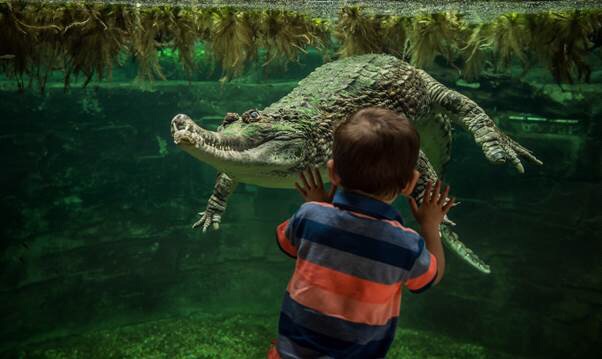 The Cheshire based zoo, which is a global conservation charity, pipped other paid-for attractions in the UK to the top spot after welcoming 1,694,115 visitors through its gates in 2015 – a new record in its 85 year history.
The latest figures have been released by the Association of Leading Visitor Attractions (ALVA), which represents the UK’s most popular and iconic museums, galleries, palaces, castles, cathedrals, zoos, heritage sites, gardens and leisure attractions.

Last year Chester Zoo unveiled Islands – the biggest zoo development of all time in the UK – which recreates the tropical habitats from six far-flung islands in South East Asia – Panay, Papua, Bali, Sumatra, Sumba and Sulawesi – and are home to a number of animals classed as critically endangered in the wild, including Sumatran tigers, Sumatran orangutans and the cassowary bird.

“2015 was an absolutely massive year in Chester Zoo’s history, following the opening of the UK’s biggest ever zoological development, Islands. It has completely transformed the way people can view animals and has proved to be a step in the right direction for highlighting the endangered species we work with out in the field across South East Asia.

“As a conservation and education charity, we rely solely on the income from our visitors to help us fund more than 80 conservation projects across 30 different countries and so, a huge thank you goes out to everyone that has walked through our gates as, without their visit, we couldn’t help the hundreds of threatened species in the wild.

“We’ve already had an incredibly strong start to 2016 following a six-part documentary series, The Secret Life of The Zoo and the birth of a whole host of endangered species, such as an Eastern black rhino calf and baby silvery gibbon. This year will see a whole host of new visitor experiences, exhibits and developments as we continue to offer everyone an extraordinary day out.”

Blackpool to join the Northern Powerhouse