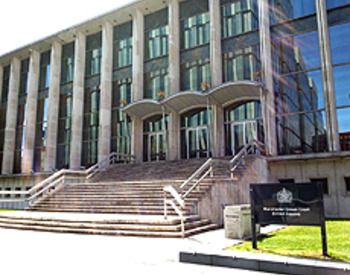 A Cheadle Hulme woman who placed a lit barbeque beneath a bed as a man slept has been jailed.

Lisa Walmsley aged 51 of Radnormere Drive, was sentenced to five years and four months in prison after pleading guilty to two counts of attempted murder.

The court was told that emergency services were called to Radnormere Dr. back in January 2019 after a 19-year-old man awoke to find smoke emanating from a lit disposable barbeque beneath his bed.

The man managed to raise the alarm and thankfully no one was injured during the incident.

Lisa Walmsley was arrested in a car nearby a short time later on suspicion of two counts of attempted murder – that of the 19-year-old man and a second man aged 21 who also resided at the property.

Detective Constable Laura Burgess of GMP’s Stockport Division said: ““I would like to pay tribute to the victims’ immense bravery throughout the court process.

“Since that awful day, these two you men have shown immeasurable strength, not only in trying to process what they have been through, but also in helping see justice done.

“Their lives have been changed forever by this.

“We wish them well and hope that this result offers a small piece of comfort as they move forward from today.”

Four men have been charged after over 700 suspected cannabis plants were discovered at...