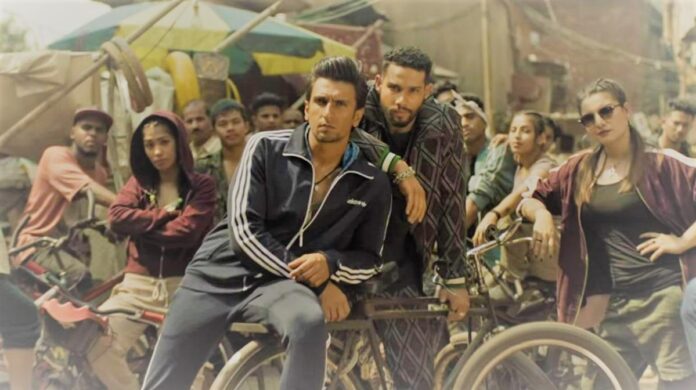 Channel 4’s annual Indian film season returns on 7th September, with nine films in nine weeks featuring a range of the best contemporary Indian cinema and one classic from the archive.

After kicking off with the wildly chaotic action thriller JALLIKATTU on Film4 channel, the season continues on Channel 4 and All 4. Eight of the nine films are network premieres, and four films from the season will be available for Catch up viewing on All 4 following their transmission.

Channel 4’s annual Indian film season launches on 7th September on Film4 with Lijo Jose Pellissery’s deranged horror-tinted thriller JALLIKATTU (2019, Network Premiere) where on one eventful night in a remote village in Kerala a buffalo escapes from the slaughterhouse and wreaks havoc. Bedlam follows as the entire village decides to join in hunting down the animal. During the wildly chaotic chase, many unresolved differences come to the surface, turning friends into foes. It’s an intense ride in which ultimately man’s bestiality ends up vividly on display.

Next up Ranveer Singh, one of Bollywood’s biggest stars, headlines celebrated female director Zoya Akhtar’s hip-hop drama GULLY BOY (2019, Network Premiere). Poet Murad emerges from the slums of Dharavi and breaks free from the class divide when he inadvertently enters Mumbai’s underground hip-hop scene to become the voice of the streets. A story inspired by India’s real-life rappers Naezy and Divine.

We return to the south with a tender film from India’s emerging queer cinema, writer/director Swarnavel Eswaran’s KATTUMARAM (CATAMANRAN) (2019, Network Premiere). Following the devastation brought by the Tsunami, a young woman defies expectations of her local fishing community as she develops a relationship with a photographer who has come to teach at the local school.

Back to the city, Jonathan Augustin’s feelgood coming-of-age drama THE LIFT BOY (2019, Network Premiere) is a gentle heart-warming window into the world of a lower middle-class Mumbai family as a down on his luck student must take the place of his father as a lift operator in a luxury apartment block.

In tribute to the celebrated actor/playwright Girish Karnad who passed away in 2019, MANTHAN (1976) is possibly the only film ever to be sponsored by Indian farmers. Produced courtesy of the Gujarat Co-operative Milk Marketing Federation the film follows the progress of a team who set out to start a milk co-op in rural Gujarat, an honourable crusade that stirs up violent caste clashes along the way. Director Shyam Benegal delivers a powerful social realist drama.

Continuing the rural village setting and based on real-life events, ARTICLE 15 (2019, Network Premiere) is director Anubhav Sinha’s uncompromising crime drama named after an article in India’s constitution which makes discrimination a criminal offence. The film tackles head-on the controversial subjects of caste, institutionalized corruption and abuse when a city cop sent to a small village becomes involved in a disturbing investigation into the death of two lower caste young women.

National as opposed to social divide is highlighted in RAAZI (2019, Network Premiere), a gripping thriller telling the true story of an Indian female spy who risked everything to go undercover in the lead-up to 1971’s Indo-Pakistani war. A critical and box office hit, the film won five prizes at India’s annual Filmfare Awards, including awards for actress Alia Bhatt and female director Meghna Gulzar.

The season concludes with two gentler films featuring remarkable performances from their young leads. Marathi drama NAAL (2019, Network Premiere), follows Chiatanya, a cheeky and lively eight-year-old boy living on the banks of a river in a rural village in Maharashtra, cared for by his landlord father and long-suffering mother. But after an uncle visits from a nearby village and reveals to the young boy that he is adopted, Chiatanya’s world is changed forever and he becomes obsessed by meeting the birth mother he has never known.

Finally, Aijaz Khan’s HAMID (2019, Network Premiere) is a sensitive story of redemption set against the backdrop of the political unrest and conflict in Kashmir. After eight-year-old Hamid’s father goes missing, the young boy finds himself increasingly isolated, rejected by his grief-stricken mother. Forced to seek answers for himself, after he discovers that 786 is ‘God’s number’, Hamid dials these digits into a phone and finds unexpected solace from a soldier fighting insurgents on the frontline in Kashmir.

Climate change threatens the end of the Truffle

First look at Robert Carlyle as the Prime Minister and Victoria Hamilton as his...