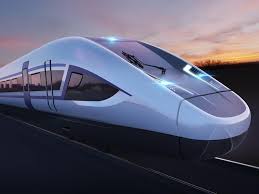 A vision for a modern rail network for the North of England has taken another step forward, with plans to integrate HS2 with Northern Powerhouse Rail.

Today, HS2 Ltd has launched a consultation on changes to Phase 2b of the project, which would create links between the western leg of HS2 in the North West and the proposed Northern Powerhouse Rail network.

Expansion of both Manchester’s Piccadilly and Airport stations with two extra platforms and enhancing plans for Crewe station to provide an extra rail connection from Crewe to the North are among a range of measures being proposed by HS2 today.

It follows detailed development work by Transport for the North (TfN) on the Northern Powerhouse Rail network, including how it will link-up with HS2.

TfN has welcomed the move as further progress in delivering a step-change for rail travel in the North, and says it’s vital that plans to integrate the network on the east of the Pennines also need to progress at speed to deliver the best outcomes for the North’s towns and cities. Under TfN’s current plans, HS2 and NPR would share 80km of rail infrastructure.

Plans revealed today are subject to the outcome of the Government’s Integrated Rail Plan (IRP). Due to report at the end of this year, it’s expected to make further recommendations about major projects in the North and Midlands, including HS2 Phase 2b routes through the East Midlands and Yorkshire; Northern Powerhouse Rail; and plans for key stations such as Manchester Piccadilly.

“It is good to see proposals for HS2 moving forwards, as the North has waited too long for the new investment it needs in high speed rail lines found elsewhere in Europe. Together, the two projects will form the backbone of a futureproof rail network for our region.

“But we must ensure that this investment allows for benefits to be shared equally across the North. Northern Powerhouse Rail relies on parts of HS2 infrastructure being built to run its trains too. Therefore it is vital the Government’s Integrated Rail Plan commits to bringing forward plans for the HS2 eastern leg connecting the Midlands with Yorkshire, including Sheffield and Leeds, and getting spades in the ground in the North as soon as possible.

“HS2 and Northern Powerhouse Rail, delivered together in full, would tackle head-on the productivity gap between the North and the South, and provide the modern, fit-for-purpose railway the North so badly needs.”

The news comes just weeks after construction on Phase 1 of HS2 from London to the Midlands) formally began.

Kitchen is king when it comes to home as renovation open the door...

Bury teachers to be the new face of Corn Flake adverts